Portland, OR, December 01, 2010 -- Oregon-based journalist Julian Smith knew that Laura, his girlfriend of six years, was The One. Yet at 35, the award-winning travel and science writer couldn’t even commit to staying in one time zone for long, much less settling down. Even when he proposed on Valentine’s Day, 2007, and she said yes, he still wondered: was he really ready to get married? 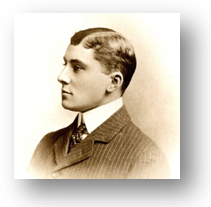 Julian came up with a crazy-sounding plan: to test himself and face his fears of a lifetime commitment, he would retrace the 4,500-mile route of Ewart "the Leopard" Grogan, a legendary 19th-century British explorer who trekked the length of Africa for the love of a woman.

In Crossing The Heart Of Africa: An Odyssey of Love and Adventure, Julian intertwines his own modern-day journey of self-discovery with the real-life story of Ewart Grogan, a handsome Cambridge dropout who in 1900 became the first man to walk the length of Africa. Incredibly, Grogan had traveled "from the Cape to Cairo" to win the hand of his beloved, New Zealand beauty Gertrude Watt. His goal was to prove to her skeptical stepfather that he was worthy of his daughter’s hand.

As he retraces Grogan’s 4,500-mile, two-year journey through the lakes, volcanoes, jungles and cities of Africa, Julian reflects on the highs and lows of his relationship with Laura. Traveling by boat, bus, bicycle and motorcycle through some of the least developed and most dangerous countries in the world, he recounts the adventures of his predecessor: tropical diseases, erupting volcanoes, charging elephants, mutinous porters, hostile cannibals and the deadly reaches of the largest swamp on the continent.

Although he came close to death countless times, Grogan returned home safely to fame, fortune and a priceless wife: the beautiful - and patient - Gertrude Watt.

Repeating that trek taught Julian about the lengths it’s worth going, literally and figuratively, for the love of one’s life.

The amazing true story of Julian Smith, who retraced the journey of legendary British explorer Ewart "The Leopard" Grogan, the first man to cross the length of Africa, for the same reason: a woman’s love. Smith interweaves both adventures into a seamless narrative in Crossing the Heart of Africa: the story of two explorers, a century apart, who traversed a continent to prove themselves and came back changed men.

He is the author of travel guidebooks to El Salvador, Ecuador, Virginia and the American Southwest. With a B.A. in biology and an M.S. in wildlife ecology, he helped launch and edit Frontiers in Ecology and the Environment, an international peer-reviewed scientific journal. He has taught writing, editing, and literature at the College of Santa Fe and the Gotham Writers Workshop.

On October 20, 2007, he married his fiancée Laura. They live in Portland, Oregon with their daughter, Ivy. What People Are Saying

"This rapturous adventure narrative...shows that love really does conquer all. A cracking good yarn." -- Hampton Sides, author of Blood and Thunder and Hellhound on His Trail

"Julian Smith’s gripping Crossing the Heart of Africa demonstrates a basic truth about the best travel writers: they arrive at the most interesting, most worthwhile destinations when they look not only out at the scenery, but inward as well. His journey toward unraveling the mysteries of his particular human heart required real courage. You’ll be glad to have traveled in his company." -- David Oliver Relin, author of #1 New York Times bestseller Three Cups of Tea

"A charming, wise, and captivating tale." -- Dean King, author of Skeletons on the Zahara

Las Vegas, NV, December 01, 2010 -- Membership in IAPAM provides botox training, hCG training and business resources to physicians who are adding aesthetic medicine procedures to their practice.  Support from the IAPAM includes industry leading botox training, hCG for weight loss training, and hands-on education in dermal fillers, medical microdermabrasion, medical grade chemical peels and lasers & light devices. Today, the IAPAM announces that when you join, new members will get a copy of the IAPAM's latest Best Practices e_book, The IAPAM’s Best Practices for the Injection of  Botulinum Toxin Type A (Botox).

The International Association for Physicians in Aesthetic Medicine (IAPAM) is the most accessible, global association for physicians looking for botox training or to add hCG for weight loss or other aesthetic medicine modalities to a practice.  Through membership in the IAPAM, coupled with attending any of the IAPAM's comprehensive Aesthetic Medicine Symposiums, physicians ensure they have all the tools and expertise they will need to launch a safe and profitable medical spa.

From the resources to significant discounts on training, membership in the IAPAM pays for itself.  For physicians who require equipment, financing, or marketing materials, membership with the IAPAM offers savings that will quickly pay for the annual $295 membership fee. In addition, IAPAM members have access to over 45 AMA CAT1 Aesthetic Medicine and Obesity related CME’s, via the IAPAM's online Members web portal.  Finally, the monthly clinical and marketing tips members receive are proven to help a healthcare provider lower their expenses and increase revenues.

For many physicians, adding aesthetic medicine to a practice is a new endeavor, and membership in the IAPAM offers the support and contacts needed to make a healthcare business profitable.

An Accredited Membership with the IAPAM also includes:

The IAPAM offers the most comprehensive education and credentialing in Aesthetic Medicine.  The IAPAM's programs are quarterbacked by a fully accredited faculty, including two board-certified dermatologists, who are experts in cosmetic injectables and aesthetic medicine treatments.  To join the IAPAM or register for an upcoming Aesthetic Medicine Symposium or hCG Physician Medical Weight Management Training course, please call Lynn at 1-800-219-5108 or go to http://www.iapam.com/join-today.

About the International Association for Physicians in Aesthetic Medicine (IAPAM)
The International Association for Physicians in Aesthetic Medicine is a voluntary association of physicians and supporters, which sets standards for the aesthetic medical profession. The goal of the association is to offer education, ethical standards, credentialing, and member benefits.  IAPAM membership is open to all licensed medical doctors (MDs) and doctors of osteopathic medicine (DOs). Information about the association can be accessed through IAPAM’s website at http://www.IAPAM.com. Additional information about the Symposium can be accessed through http://www.aestheticmedicinesymposium.com or by contacting:

Infinitely Virtual Launches a New Website, Again Raising the Bar on its Competitors

“I am extremely pleased and excited about the new website.  Our team has been working on improving the site for over a year, and with the sleek new design and in-depth information, I can truly say we have the best site out there,” says Adam Stern, President and CEO of Infinitely Virtual.

The launch of the improved Infinitely Virtual website takes the company further in its commitment to deliver the highest quality products and services to clients at the industry’s lowest prices. Visit the new website and learn more about Infinitely Virtual at http://www.infinitelyvirtual.com

Altay is an IT professional services company that designs, implements, and supports single- and multi-vendor data solutions. Altay’s pledge is to provide products and services that meet the highest standards of quality, designed for a client’s specific needs, and delivered economically—with the ultimate goal of helping customers reach their potential. Altay’s team is specialized in voice, video and data solutions, and it has a proven track record of providing excellent service to its customers. More information about Altay Corporation can be found at http://www.altayusa.com or call 866-54-Altay.