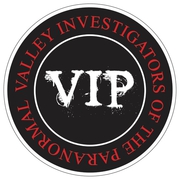 Come investigate the haunted Cafe Hidalgo and California Hotel in Fullerton, California. Also enjoy a live acoustic performance by The Black Rose Phantoms, The Rundown Kreeps and Tres Muertos. There will be a live psychic, celebrities and contests.

Santa Ana, CA, USA (February 11, 2016) -- Join Erik Vanlier (Haunted History, Haunted Encounters, My Ghost Story, Ghost Adventures) for the website launch of Goldenstatehaunts.org (your source for horror, Halloween, paranormal and metaphysical news, events and reviews) February 20th from 7pm until 1am for an exclusive dinner/investigation of the very haunted Cafe Hidalgo AND Hotel California in Fullerton, California located at the infamous Via Del Sol (305 N Harbor Blvd, Fullerton, CA 92832). There will be special guests, contests, a pychic an a live, intimate performance by The Black Rose Phantoms, Tres Muertos, as well as The Rundown Kreeps. 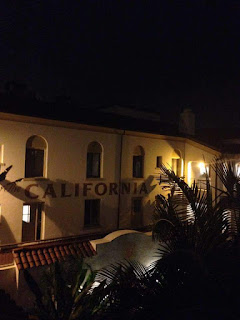 Live Psychic - Jennifer Phillips
Jennifer Phillips is an International Evidential Medium, Psychic and tarot reader. She has been a practicing Reiki Master and energy healing professional for almost 20 years. Jennifer is a clairvoyant, clairaudient, clairsentient and empathic. She is naturally gifted and has studied with Sandra Anne Taylor, International Mediums Sharon Klingler, Janet Nohavec, and many more teachers to further develop and understand her gifts. Jennifer has been a frequent visiting medium at the Spiritualist community in Lilydale, NY. She is currently part of the monthly, "Psychic Stand-Up" show at Flappers in Burbank and provides private readings and gallery readings providing Messages from the Other Side. Upcoming events are scheduled for the West Los Angeles, and Orange County areas. (https://www.facebook.com/MediumJenniferPhillips) (http://www.readingswithheart.com)

Russ McKamey (owner of the nation's most controversial extreme haunt McKamey Manor which has an over 30,00 person waiting list)

Adrian Marcato - Founder Heretic Horror House (Adrian was born on Friday the 13th, 1977 in Los Angeles, California. Marcato is a California native that has worked in and around the film industry since 2004. Initially became a monster at Knott's Scary Farm in 2005 and continued to make short films while taking film and screenwriting classes at UCLA. He also works in the F/X world and it was in 2012 that he began an experiment of combining his years of production experience and F/X that HERETIC was born).

Live Intimate Acoustic Performances:
The Black Rose Phantoms (Based out of Long Beach, CA The Black Rose Phantoms formed in late 2002. With only a short 8 months the band was asked to join Hellcat Record's very own Nekromantix as they ventured on a West Coast Tour. They have performed with world famous groups such as Tiger Army, The Transplants, L.A. Guns, and The Quakes. Their music features a broad variety of genres such as Metal, Melodic Punk, Psychobilly and Country. They're releasing a new album March 26th followed by a European Tour).

The Rundown Kreeps (The Rundown Kreeps is a three piece Ska/Pop-Punkabilly band from Los Angeles. The groups is a direct product of backyard shows, parking lot mosh pits & drunken acoustic jam sessions after 2am. With a nice blend of upbeat loud drums, punk rock distortion under technical melodies, a non-stop bass line & honest relatable lyrics; Rundown Kreeps offers a unique sound that music lovers of all genres can appreciate).

Tres Muertos (Tres Muertos is a three-piece psychobilly band that has played with many famous bands at different well-known venues).

We will have full access not only to the restaurant, but also the building that was also the former California Hotel. After hours access to the building is EXTREMELY rare. The California Hotel is 92 years old and used to house a brothel. Cafe Hidalgo is haunted by a spirit named Chuck as well as those of the prostitutes and people who used to stay at the hotel. There are at least four reported suicides including a construction worker who jumped from the third floor in the 1970's. The tickets includes an all you can eat past bar, beverage, tax and tip. Alcohol and certain menu items (i.e. filet mignon) are an extra charge. We will be investigating util 1am in the morning.

BUY YOUR TICKETS NOW AS THEY WILL GO FAST