The free app features "Coming About: Turning a sailboat into and through the wind"

"It is exciting that mobile technology has advanced the way it has.", states Linda Cullum, CEO of Little Pines Multimedia. "The value of being able to learn to sail at your own pace from anywhere at anytime is wonderful! These lesson apps are aimed to be a preliminary course and will educate newbies on foreign sailing topics and terms in advance so that they can get the most out of their sailing education investment. This mobile way of learning also provides the opportunity for review just before heading out or while on the water."

Taught by a US Coast Guard Licensed Captain and Instructor of American Sailing Association Classes, the lessons are arranged in the order of a typical sailing course. The apps were created using Little Pines Multimedia's popular "Learn to Sail with Multimedia VOL I and II" CD/DVD for Windows, which is available at http://LearntoSail.Net.

The lessons can also run on Apple iPad and iPhone format as individual movie files. These are available at http://Apps4Sailing.com. They also can be downloaded and played on PC or Mac.

Or for more information visit http://Apps4Sailing.com.

Little Pines Multimedia has been creating, marketing and selling educational CD's since April, 1997. Based in Truro, Cape Cod, Ma and Fayston, VT USA.

Author, Sybrina Durant's Pinterest Board Generates New Excitement For Teaching A Child To Tie A Necktie

"Learn To Tie A Tie With The Rabbit And The Fox", by Sybrina Durant, utilizes the art of teaching by mnemonics. This enchanting book is immediately available at online booksellers worldwide. 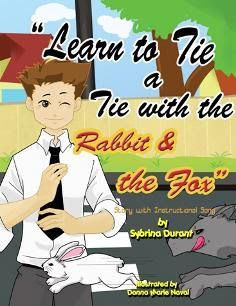 League City, Texas, USA (July 15, 2013) -- For those who may believe that wearing a tie is becoming obsolete, take a look at the Pinterest board Sybrina Durant has created for her book, Learn To Tie A Tie With The Rabbit And The Fox. It contains hundreds of delightful images of children wearing neckties and provides positive proof that parents are loving the look of dapper little boys. There's no easier way to teach boys, and their parents, to attain that look, than with this adorable, educational story that illustrates how to tie a tie in a way that even a young child can understand. With this lovely children's book, not only will a child learn to tie a tie, but parent's can get a refresher as well.

The book offers an outstanding learning and bonding opportunity for parent and child. It is engaging from the beginning, pulling the reader in, making them want to root for the rabbit. The author strives to make this book entertaining for the entire family, and succeeds! All who read this engaging tale will be captivated by a clever boy remembering the chase between a rabbit and fox that mimics the motions of tying a tie in the basic "school boy knot", otherwise known as the "four in hand". Stunning illustrations, by Donna Marie Naval accompany this book. At times it seems the fox and the rabbit will come right off the page. Enchanting, colorful, engaging and filled with learning opportunities, this book comes in English, Spanish, and Tagalog.

Sybrina Durant believes that if a child is taught a skill while young, that lesson will be remembered forever. Whether learning to lace up shoes, knot a necktie or master any other seemingly complicated knot, being taught with stories, pictures and songs, makes recollection easier later in life. This word, image or sound association, formally known as mnemonics, has been used throughout the ages to help people quickly access memories of things they learned in the past. Learn To Tie A Tie With The Rabbit And The Fox, storybook with instructional song, uses all the senses to enhance recall. The song can be heard in all three languages for free at sybrina.com.

This is an excellent book for all ages and is intended to be a fun family activity. It will be enjoyed by anyone who needs to learn to tie a necktie, or not! Even those who may not need to know how to tie a tie will love the illustrations, and the nail biting chase around the woods. Book reviews are available at Amazon and on Pinterest. Learn more by visiting Sybrina.com.

URALCHEM Increased Production in the First Half of 2013

Production from all enterprises in the URALCHEM group of companies amounted to 3.14 million tons in the first half of 2013. Output increased by 0.7% compared to the same period last year.

Moscow, Russia (July 15, 2013) -- Production from all enterprises in the URALCHEM group of companies amounted to 3.14 million tons in the first half of 2013. Output increased by 0.7% compared to the same period last year.

Dmitry Konyaev, CEO of URALCHEM, OJSC, commented on the results for the first half of 2013, "As a result of ongoing projects to improve production efficiency, URALCHEM is continuing to increase output of its key nitrogen products, thereby maintaining a leading position among Russian manufacturers. During the period, the dynamics of phosphate fertilizer production reflected the overall situation on the global market for mineral fertilizers. The continuing low consumer activity in Asian countries, especially in India, has led to a global decline in the prices for phosphate fertilizers. URALCHEM's wide range of products allows us to respond flexibly to changes in the market. The company continues to expand its product portfolio and has now entered a new niche, that of water-soluble fertilizers. These high-margin products are the fastest growing segment of today’s global market." 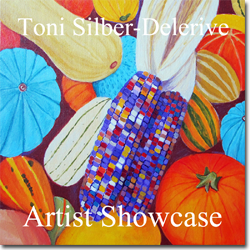 Jupiter, FL, USA (July 15, 2013) -- Light Space & Time Online Art Gallery has announced that professional artist Toni Silber-Delerive is the gallery's newest Featured Artist. Toni will now be featured in the Artist Showcase for the next 30 days.

Toni's aerial-view paintings represent diverse places and spaces of the contemporary landscape seen from an above ground perspective. The flattened surface planes convey the textures of abstract space enhanced by compositional aesthetics and skillful use of color. From the elevated position of high-rise buildings and helicopters, her images of cities and towns, factories and farmlands, power plants, suburban communities and highways are delivered with a distinctive angle on structures frequently taken for granted.

More than just a recording of the contemporary landscape, Toni's paintings are her own interpretation of the essence of these scenes. They combine elements of abstraction and representation, pattern and grid, surface and illusion, as well as observation, imagination, and memory. Whether hovering high above city streets and highways, floating serenely over the countryside, or soaring above towns, harbors and monuments, they examine the relationship between man-made and natural, urban and rural, agrarian and industrial, power, labor and leisure.

Toni's appreciation of unconventional views and eternal human habits come together in her up-close, above-view paintings of food. While the colors and shapes are traditional, the oversized proportions painted from above display the subject in a way that is both original and recognizable. Overall, Toni Silber-Delerive strives to blend a fresh perspective with a savvy demonstration of the power of color and composition. Toni's website http://www.tonisart.com.

Light Space & Time - Online Gallery offers monthly art competitions and monthly art exhibitions for new and emerging artists. It is Light Space & Time's intention to showcase this incredible talent in a series of monthly themed art competitions and art exhibitions by marketing and displaying the exceptional abilities of these worldwide artists. Their online gallery website can be viewed here: http://www.lightspacetime.com.