Lee Evans one night Warm-Up Show is the UK's hottest ticket according to SeatChoice.com

Tickets for comedian Lee Evan’s new ‘Warm-Up Show’ are currently the most sought after in the land keeping two star studded Shakespeare productions off of the top spot.
London, UK, August 01, 2011 -- Tickets for comedian Lee Evan’s new ‘Warm-Up Show’ are currently the most sought after in the land keeping two star studded Shakespeare productions off of the top spot.
According to theatre and gig ticket comparison site SeatChoice.com searches for tickets to his performance at the Victoria Hall, Stoke-on Trent on the 6th of August are outstripping demand for tickets to see Kevin Spacey in Richard III at the Old Vic and Much Ado About Nothing, starring David Tennant and Catherine Tate at the Wyndhams Theatre in London’s West End.
One reason why the show may be proving so popular is that the audience at Evan’s special one night performance will see him trying out brand new material ahead of his forthcoming ‘Roadrunner’ tour of the UK and Ireland.
The SeatChoice.com list also shows that live entertainment is doing very well in the regions with half of the ten most searched for tickets in the UK for gigs, shows and productions are outside of London.
The SeatChoice.com Hot Tickets List - August 2011*
1.Lee Evans ‘Warm-Up Show’ - Victoria Hall, Stoke-on-Trent
2.Richard III - The Old Vic Theatre, London
3.Much Ado About Nothing - Wyndhams Theatre, London
4.Dirty Dancing - Palace Theatre, Manchester
5.We Will Rock You - Birmingham Hippodrome
6.War Horse - New London Theatre, London
7.The Specials - Alexandra Palace, London
8.Les Miserables - Queens Theatre, London
9.Adele '21' - Cardiff International Arena, Cardiff
10.Dirty Dancing - The Hippodrome, Bristol
SeatChoice.com founder Robert Iles said: “Lee Evans has consistently been one of Britain’s most popular comedians and if demand for his one off performance in Stoke is anything to go by he should be able to look forward to a very successful tour later this year. However what’s really interesting about this list is the popularity of theatre outside of London. Touring productions of Dirty Dancing and We Will Rock You are still doing incredible business around the country showing that regional theatre is in very good health indeed.
“On the pop music side it’s interesting to see that despite Adele’s massive recent chart success you can't keep a good 80’s revival band down with The Specials appearance at Alexandra Palace in November being the most sought after music gig right now.”
SeatChoice.com helps customers to find, compare and buy theatre, gig and event tickets across the UK.
Visitors to the site can search for specific productions and gigs if they know exactly what tickets they want or browse types of shows and events before checking ticket availability and pricing. Useful charts showing hot tickets, new tickets, show openings and closings and a minimum/maximum price table all help theatre and gig goers to get tickets for the show they want to see at the very best deal. Using SeatChoice.com to buy theatre, concert and event tickets will save you time and money.
-Ends-
For further information please contact:
Jason at 42 PR on 07824 818242
If you would like to link to our website please use http://www.seatchoice.com
Notes to editors:
*Research carried out w/c 26th July 2011.
Covering all genres and the whole of the UK, SeatChoice.com provides links to tickets, meal deals and theatre breaks from a wide range of reputable suppliers. In addition to providing links, SeatChoice.com conducts real-time searches of price and availability for many shows.
Over thirteen million theatre tickets are sold each year in London alone with increasing numbers of people choosing to buy online. However, using search engines often returns overwhelming and confusing results.
SeatChoice.com conducts real-time searches of theatre box offices and over 20 ticket outlets including leading ticket agents such as Encore, Ticketmaster and Keith Prowse as well as specialist theatre break agents and secondary ticket suppliers such as Seatwave, Getmein and Viagogo.
SeatChoice.com displays the ticket face value, the available discount, any applicable booking fees and the total cost of the tickets for each ticket supplier as well as displaying which suppliers don't have tickets for that performance.
Posted by Star One Public Relations No comments:

Colleague Recruitment Software can now offer fully integrated functionality with Saber - the recruitment industry’s premier performance software.
Norwich, NR, UK - August 01, 2011 -- Colleague Recruitment Software can now offer fully integrated functionality with Saber - the recruitment industry’s premier performance software.
Will Minns, Managing Director of Colleague Software, said: “This is fantastic news for our customers. Saber will allow recruitment consultancies to further utilise Colleague Recruitment Software to help their business grow and inspire the best performance from employees.”
Colleague’s integration with the latest technologies such as Saber reflects an increasing expectation and need within specialist recruitment markets for software that provides comprehensive business management, productivity and performance improvement tools.
Saber Analytics' founder and CEO Tony Dandridge comments: “This exciting partnership ensures that any recruitment organisation taking on Colleague can now bring in Saber simultaneously to the immediate incremental benefit of all parts of the business. Saber is the dynamic visualisation of the underlying Colleague systems and processes that together deliver massive sales improvement. It’s recruitment alchemy! Colleague manages an improved recruitment process and generates the data which Saber turns into performance management gold.”
International SAP, Oracle, PeopleSoft, Microsoft Technologies, Digital Media, Testing and Infrastructure recruitment specialist, Square One Resources, has been using Saber Analytics integrated with Colleague since March and has already seen an increase in sales as a result of increased competition and streamlined performance management.
Tim Harlow, Sales Director at SquareOne who have implemented Colleague and Saber together commented: “The whole package is extremely effective. Communications are clearer and based specifically on the visible facts making performance management more targeted. Saber enables the management team to identify holes in a consultants business planning or leaks in their sales funnel more easily. This combination of continued hands on management and utilisation of the dashboards has seen a 33% increase in call times taking the average call time per day up by an hour.”
“Being given full visibility of their own performance through Saber empowers consultants and has driven them into natural competition with each other. This creates excitement and decreases the need for imposed discipline making for much more buzz on the floor.”
-End-
Notes to editor:
Colleague Recruitment Software - A Sage and Microsoft Partner with 16 years of experience, Colleague Software manages the entire recruitment process, from automated candidate registration through to timesheet processing and invoicing, all backed up by reliable and qualified support and on-going technical development.
For more information about Colleague Software feel free to visit http://www.colleague.eu or contact Jason Wyer-Smith email Jason@42pr.com - 07824 818242
Saber is a breakthrough system that powers the profitable performance of recruitment businesses. By providing accurate and relevant real-time performance information where it needs to be; latent competitive energy is unleashed, positive behaviours are reinforced and areas of difficulty are quickly identified and remedied.
Square One Resources is the leading European IT & ERP specialist recruitment partner for locating, engaging and mobilising talent.
Posted by Star One Public Relations No comments: 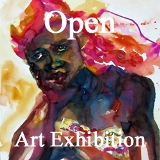