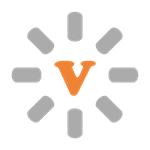 DREAM is a situational awareness mobile application intended for a variety of use cases, one being a group locator.

Dallas, TX, USA -- It is every parent's best and worst day when they send their college student to study abroad. They beam with pride that their child can experience the richness of a new culture; however, that same feeling can be met with high anxiety. Who can match the vigorousness of a parent's watch when they're outside of reach? No one. But, technology can.

It is called DREAM.

DREAM is a situational awareness mobile application intended for a variety of use cases, one being a group locator. In the instance where students are roaming a new country, eating at new places, and separating for individual interests, it becomes even more important to know where each person is - even if they are only a mile away.

VeepWorks is the Dallas-based firm behind the technology. It wasn't by chance that they met Kara McIntyre, a Mass Communication senior at Midwestern State University, to extend the company's public safety mission. Kara left for London on July 6, 2017 with her university's study abroad program.

Away from the familiarity of Wichita Falls, Texas, safety will be more important than ever. In an effort to capitalize on the application's use while she's abroad, Kara will be using DREAM to stay connected with her classmates, all the while putting those closest to her at ease. "[The concern is] with our safety and how we can be more aware of our surroundings," stated Kara.

"Kara represents the generation where technology is second nature," stated VeepWorks' Founder and CEO, Aaron Madolora. "It works on both iPhone and Android devices and empowers students like her to explore the world confidently and privately knowing that her DREAM network of friends and family are a push of a button away."

Feedback towards DREAM has been positive and noted as one of the best mobile apps to use in emergency situations. Taking precautions as a student studying abroad demonstrates just one use case.

For a direct download of the DREAM app, visit: http://www.veepworks.com/download.

Who do you know will benefit from the DREAM app? Learn more on http://www.veepworks.com, visit their Facebook http://www.facebook.com/veepworks, or engage @VeepWorks on Twitter.