Light Space & Time Online Art Gallery (LST) is very excited to announce that they have adopted and changed their domain extension to .ART. 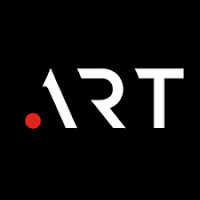 Jupiter, FL, USA -- Light Space & Time Online Art Gallery (LST) is very excited to announce that they have adopted and changed their domain extension to .ART. Their website URL has been changed and it is now http://www.lightspacetime.art.

John R. Math, Gallery Director explains the reason for this extension change, "The .ART extension has been a long time coming for the art community and it is finally here to be used by art organizations, art museums, artists and art galleries."

Math continues, "The .ART extension helps to immediately identify http://www.lightspacetime.art as a member of the art world and it positions the LST gallery as player in the international arts community."

Light Space & Time Online Art Gallery would like to inform their followers to change their web browser bookmarks from the old .com extension to the new http://www.lightspacetime.art address.

All of us must be willing to take our stories forward for there to ever be justice.

West Hollywood, CA, USA -- Fitting The Description founder and executive director Charles Belk issued the following statement about the detainment and handcuffing of entertainer Wyclef Jean because he was "fitting the description" and his call for a formal investigation into the matter by the West Hollywood Station of the Los Angeles County Sheriff Department.

"It's inspiring to hear that Wyclef Jean is calling for a formal investigation. More attention needs to continuously be brought to those incidents like Wyclef's, because it gives society a chance to possibly disclose the underlying cause. We seem to focus on only those incidents where an apparently innocent Black man ends up dead, and at that point, while you may or may not have some video, you indeed only have one side of the story, because, unfortunately, the other side can't be told. I was fortunate to be able to tell my side of the story, and to see someone with the celebrity status of Wyclef be willing to take his story forward in search of the truth is what we always should do. All of us, need to take our stories forward. Don't think that just because you're not a famous entertainer or a "Hollywood Producer", that people won't listen. They WILL listen. Social media is definitely listening, and it has millions of ears! We have to all be willing to get M.A.D., and Make A Difference. I strongly encourage the new commander of the West Hollywood Station, Captain Sergio A. Aloma, and West Hollywood Mayor Lauren Meister to honor Mr. Jean's request and launch an investigation immediately." 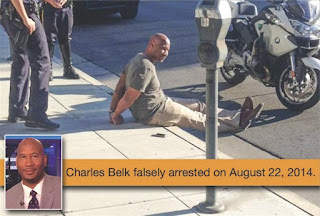 On August 22, 2014, Charles Belk was mistakenly identified as an armed bank robber because he fit the description of a tall, bald, Black male. Although Belk was held on the curb in handcuffs for 45 minutes, and then arrested and held under a $100,000 bail for 6 hours, he was later released as innocent. Since his arrest, Charles Belk, a long-time West Hollywood-adjacent resident, launched a nationwide effort, #AutoErase, through the non-profit Fitting The Description, to educate and inform those about the perils of wrongful arrest records, and engage legislation to alleviate the burden and costs incurred by the innocent to remove those arrest records. The legislation has been signed into law in four states and is now current legislation in 14 states.

About Fitting The Description
Fitting The Description, a 501.c.3, tax exempt, non-profit organization, was established to help build awareness of wrongful detentions and arrests that occur each day because an individual "fit the description." The organization helps educate and inform others about the perils of wrongful arrests records, and advocates for alleviating the burden and costs incurred by the innocent to remove those arrest records.

Call for Entries - Solo Art Series 6 - "An Opportunity to Shine" 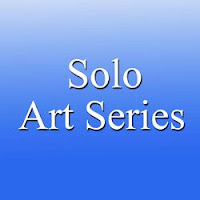 Jupiter, FL, USA -- Light Space & Time Online Art Gallery announces their sixth "Solo Art Series" Online Art Competition. The gallery will judge the Top 12 artists who have a complete "Body of Work" to show. From that group of 12 artists the gallery will award of 4 monthly Solo Art Exhibitions and the next 8 artists will be awarded and featured in the gallery's Artist Showcase Section.

The gallery invites online submission of all 2D and 3D art (including photography) from artists around the world for possible selection for one the Gallery's monthly solo art exhibitions. This competition will result in a series of 4 one month solo art exhibitions beginning on May 15, 2017 and continuing through September 14, 2017. The gallery encourages artists regardless of where they reside to submit their best representational and non-representational art to this competition. There is No Theme for this "Solo Art Series" Art Competition.

The LST Gallery website averages 70,000+ visitors a month with more than 225,000+ page views. Out of those visitors, 80% are new visitors to the website. Being juried into the Solo Art Exhibition Series should result in an increase in visitor traffic to the artist's website. The gallery will also promote and show the 4 winning artist artworks on the Light Space & Time Artsy.net page. Artsy.net averages 2 million visitors a month and 46% of Artsy users who have purchased art via Artsy started out as art enthusiasts rather than preexisting collectors.

In addition to the above, winning artists being accepted into the "Solo" Art Series will receive extensive worldwide publicity in the form of email marketing, 1,000+ press release announcements and wide-spread social media marketing and promotion in order to make the art world aware of the artist's solo art exhibition. There will also be a video of the winning artist's artworks on the Light Space & Time YouTube Channel.

There will also be links back to the artist's website as part of this achievement package. Winning solo artists shall also receive a digital Award Certificate, Event Postcard and Press Release for their art portfolio. For further information: http://www.lightspacetime.com/solo-series/current-solo-competition.