Love in the Crisis Mode, by Ben Korgen, is the fourth book in the five-part Sorghum series of quirky hero, Rudy Tripp. 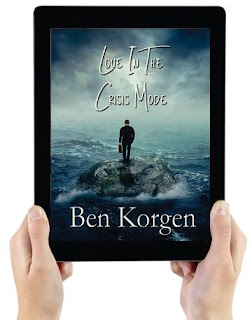 Providence, RI, USA -- Ben Korgen's Love in the Crisis Mode is inspired by the people and events at University of Minnesota - Duluth where Korgen played college football. Korgen takes from school football the myths and foibles, facts and fictions, to weave a quirky tale of romance around his unlikely hero - Rudy.

As seniors, Kara and Connie were excellent students who applied for admission to three prestigious universities and were rejected by all three. Their attempts to apply for late admission failed because acceptance depended on spring semester grades that fell badly because of Rudy's discussion club expansion demands. As the finesse-loving Sorghum High head football coach, Rudy resigned in mid-season and was replaced by a "guts football" head coach using methods that made Don play like a robot, killing talent scout interest in offering him the scholarship he needed to go to college. Sorghum High Principal Horace Dowd, Kara's very large and influential father, was convinced Rudy prevented his son-in-law from getting a scholarship by resigning in mid-season and venting his wrath in an incredibly violent act.

The ebook version of Love in the Crisis Mode ISBN 9781506904023, published by First Edition Design Publishing (http://www.firsteditiondesignpublishing.com), is available on-line wherever ebooks are sold.