Newbury, United Kingdom -- Announcing the UK launch of Executive Career Solutions (http://www.executivecv.net) designed to help CEO, Executive and Director-level individuals plan and execute next career moves. As an executive career management consultancy, offers bespoke solutions covering different scenarios. For convenience, the approach is simple and streamlined. Everything revolves around an extended discussion (usually over the telephone) to understand career motivations, aspirations and current situation. The provides a useful basis for collaborating with executives to break everything down and develop a clear 'value proposition'. This helps executive customers to stand out from the competition and make an impression with employers, headhunting firms and other people within their networks, so collaboration, building a level of trust and mutual understanding is important for best results.

Significantly, each scenario is placed within the context of an executive resume to provide an important baseline for adding other career management solutions (value-added services). This creates more of an end-to-end solution using a more integrated approach and joined-up thinking towards executive careers. Solutions are tailored to individual requirements with an incremental approach allowing customers to select add-ons as an when required, subject to ordering an initial CV (resume) service. Therefore, it is important for CEO, Executive and Director-level customers to initially choose a CV (resume) option as an important first step towards achieving career success at the very highest level. Add-ons can only be selected (or agreed in advance) once the executive CV (resume) has been ordered (or completed) to deliver optimal benefits (outcomes).

The executive resume remains arguably the single most important element when screening candidates, followed by LinkedIn. It is the need for recruiters, headhunting firms and key contacts to gain initial snippets of information so they can make an informed decision about whether to invite candidates to interview. Therefore, the role of the executive resume must not be under-estimated during initial pre-selection processes. This is why the executive resume helps to provide a crucial baseline to understand the 'customer scenario' and a platform to recommend extra solutions as part of an integrated career or job hunting strategy. Nothing should be left in isolation, so Executive Career Solutions offers helps covering many different scenarios. Popular resume services include the CEO CV, Managing Director CV and the Finance Director CV.

USRW LLC announced today it received a Document of Support from the ESGR Program (Employer Support of the Guard and Reserve) signed by Secretary of Defense Ash Carter.

Round Rock, TX, USA -- USRW LLC, parent company of USRoadWarriors.com and VeteranDriver.com, announced today it received a Document of Support from the ESGR Program (Employer Support of the Guard and Reserve) signed by Secretary of Defense Ash Carter. The program, a forty-year initiative, held an event at the Great American Trucking Show in Dallas Texas on Friday August 26th with about 300 people in attendance including, Major General Lester Simpson, Commanding officer of the Texas Army National Guard, who presented the recognition to 93 companies.

The ESGR Vision is to foster a culture in which all employers support and value the employment and military services of members of the National Guard and Reserve in the United States.

"In it's (ESGR) forty-year history this is the largest group of companies anytime and anywhere to sign the Document of Support," said retired Army Col. JP Hogan leader for ESGR in Texas. The Colonel himself sported a Calvary Stetson from the early 1900's.

USRW Publisher and Co-Founder Carl Braun was on hand to receive the document. "I have two sons that served in Afghanistan and Iraq respectively, one of them is a wounded warrior. I served in the USAF Security Police and my father was a Korean War Vet. My brother, is a retired Marine. We're a military family and I'm proud to support the ESGR efforts," he said. 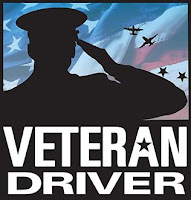 Braun and his company have owned numerous job boards over the last 20 years serving veterans and recently launched VeteranDriver.com, a lifestyle, careers and news site for Military Veterans, Returning Military and their families interested in or are employed by the transportation industry.