"Scout gives us unprecedented performance insights into our web apps: down to the slow line-of-code, associated database calls, the developer that wrote it, and when the code was changed. Putting the pieces together without Scout would take hours - we're able to do it in minutes with Scout," says Aaron Scruggs, CTO of AcademicWorks, the leading provider of scholarship management solutions for universities, community colleges, and community foundations. "Now, more of our development team's time is spent delivering great features, not tracking down performance issues."

Before the advent of software-as-as-service, developers were responsible for the full-stack of their application, from the load balancer down to the database servers. Vendors and hosted services have offloaded many of those functions, such as Amazon Elastic Load Balancing (load balancer) and Relational Database Service (database). As a result, software engineers worry less about infrastructure plumbing and spend more time writing custom application code. Although this means more and better value-added applications, it also means new issues with increasingly complex custom code that slows performance.

Scout APM was developed as a hosted solution to instrument web app custom code versus the full stack infrastructure stack. By providing a targeted, application-specific APM solution that isolates problems in custom code, Scout APM addresses the most time-consuming developer issue - finding and fixing bottlenecks in custom code - while avoiding areas for which developers are not responsible.

"Anyone writing software to run on a hosted, platform-as-a-service like Heroku or Cloud Foundry knows that the only code they need to worry about runs on the App Server," said Derek Haynes, CEO of Scout. "Since they aren't responsible for uptime or services beyond the app code, we developed Scout APM as a surgical tool to fix problems in custom code."

Where most APM tools use sampling and make it hard to pinpoint problems, Scout APM goes beyond simple code metrics assessment. Scout APM identifies five key elements behind every slow app request: who wrote it, where the line of code resides, when was it committed and deployed, which file, and what is the database analysis. Rather than spending hours to isolate a performance problem, Scout APM can isolate the problem in minutes, including the programmer best suited to address it.

1. Captures every request - Where most APM solutions merely sample slow requests, Scout APM captures every request to provide better insight into app performance.
2. Integrates with Git - Works with Git open source version control to make it easy to identify who wrote the code, and when.
3. Provides context - In addition, Scout APM allows you to attach custom context to slow requests. For example: identify the email address of the user that triggered the event, the associated database shard, and the customer's monthly spend.

Finally, Scout APM has a flexible pricing model for both apps running on PaaS services and those powered by traditional servers. Customers can choose to be billed by their request volume (starting at $20/month) or by the number of hosts their app runs on (starting at $59/host). 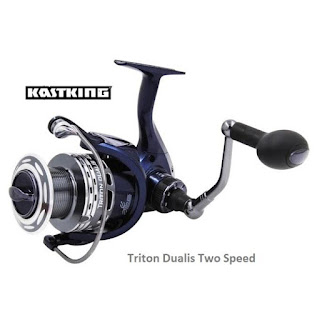 Eposeidon's new model titled the KastKing® Triton Dualis Two Speed Spinning Reel is based on the same platform as the Eposeidon's highly successful KastKing® Triton spinning reel. Dualis shares its heritage with KastKing's first spinning reel, the Triton, but with a totally innovative two speed design. Included in the new design are the double main shaft support bearings riding on a stainless steel shaft and carbon fiber drag washers found in the original KastKing® Triton, which will remain in the product line. The Dualis name is derived from the Latin word for dual. 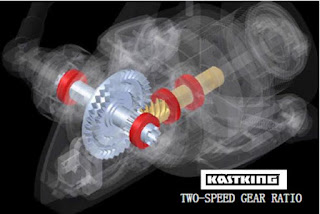 "Demands for innovation in spinning reel design have increased," says Eposeidon's CEO Tate Cui. "Anglers have asked us, 'Why are there two speed conventional reels, but there isn't a two speed spinning reel?' Fishing tackle has been the same way for many years. People seem to put a limit on their imagination about gear. The Triton Dualis idea came from a chat with a local fisherman. I thought about it or a bit and said, 'I believe we can make it.' So we did. Fishermen should not be afraid to think of new ideas or just follow big name superstars. Your casual idea could turn to the next big thing.

"Our process of developing products for anglers by anglers produced the KastKing® Triton Dualis. KastKing's® creative team got the feedback, brainstormed for a perfect solution, and is working with a world-class manufacturing facility to make it happen. KastKing® brings spinning reel evolution to another level. KastKing® is working on many additional sizes now."

"Two advantages of the KastKing® Triton Dualis Two Speed Reels are in essence it offers anglers two reels for the price of one; and what's more, the Dualis is priced to be affordable," says Tom Gahan, Eposeidon's marketing director.