Jack and Jillian is a children's book series, released on Amazon.com Kindle and createspace.com paperback. 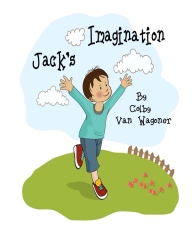 Lehi, Utah (April 25, 2013) -- In the Jack and Jillian book series, Jack and Jillian write about learning and creating new things. They write about the sports they are learning, how to play safely, and learning the rules to play fair. Jack and Jillian also learn about art and how to create different forms of art. The series is aimed at encouraging, challenging young minds, and motivating them to remain active, both physically and mentally. Recommended for children 4 to 8. Priced at .99! (http://www.colbyvanwagoner.com) 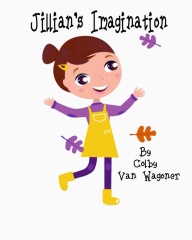 As Time Goes By a Novel by Dr. Benedict A. Baglio Released Worldwide In eBook Form 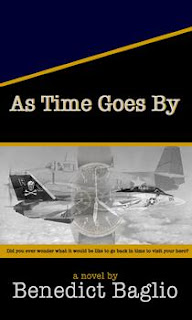 As Time Goes By written by Dr. Benedict Baglio (http://www.benbaglio.com) encourages the imagination to reconsider the reality that described America during the dark days of World War II. It asks the reader to define selflessness and service in terms that were applicable then, and now. It begs the questions -- What has changed? What has remained constant? Are we as good as the people of that generation, or are we better because of them? Dr. Benedict Baglio did exhaustive research while writing As Time Goes By making the characters and the dilemmas that are cast upon them rich and full of life, then and now.

As Time Goes By is a story of heroes, both past and present. They are connected by their love of the United States Navy and the country it protects and defends. John C. Waldron lost his life in a valiant but doomed attack on the Japanese fleet at Midway. So unselfishly brave were his actions that Winston Churchill wept upon hearing his story and the torpedo squadron of aircraft he led. So gallant were their deeds that the commanding Admiral of the Japanese Fleet Chuichi Nagumo prayed for their souls as Waldron and his command fell in fire and blood to the full might of the his Imperial Fleet.

Steven Amato is a modern day Navy pilot who grew up with Waldron's legend practically embedded in his DNA. Amato has a severe crisis of faith when he is ordered to avoid engagement when Libyan aircraft butcher a dear friend as they fly combat air patrol over the Mediterranean Sea in the early 1980s. Amato is about to quit the Navy, until a Hamilton Chronometer, found tucked under the front seat of a 1939 Ford Convertible, intervenes. He bought the Ford from the failing father of one of the men Waldron led to his death at Midway. The watch provides an unexplained portal for Amato to examine Waldron's character, leadership and the facts surrounding his demise, up close and personal. 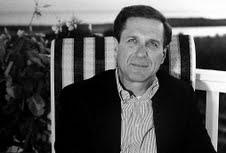 "This novel will be enjoyed by the serious World War II historian, as well as those who consider the what-if's of history as nutritional food for thought. If you fancy teleology in your reading, this might well be a book that should sit on your shelf or in your electronic reader," says author Ben Baglio.

As Time Goes By is historically accurate. Baglio performed painstaking research to detail the land as it was then and is now. He envelopes the reader with his love of the historical period that sets the stage for the book. His characters are animated by rich descriptions of place and time in the past and present. Readers have enjoyed the plot twists and turns that Baglio uses to spin his tale.

As Time Goes By in ebook form ISBN 9781622870431, was published by First Edition Design Publishing. It is available on-line wherever ebooks are sold.

"Bed bug infestations need to be treated immediately as the bugs bite and may cause allergic reactions," according to Jim Miller of Yale Termite and Pest Elimination (YalePest.com).

Ansonia, CT (April 25, 2013) -- According to a survey conducted by the NPMA and the University of Kentucky, 95 percent of professional pest management companies in the United States have dealt with an infestation of bed bugs in the last twelve months. Before 2000, only 25 percent reported one or more encounters with these creatures. "Bed bug infestations need to be treated immediately as the bugs bite and may cause allergic reactions," according to Jim Miller of Yale Termite and Pest Elimination (http://www.yalepest.com).

Home owners often attempt to treat this problem on their own with very little success. According to those surveyed, bed bugs continue to be the hardest pest to treat. An overwhelming 76 percent of respondents stated bed bugs are harder to treat than ants, termites and cockroaches. "Property owners need to seek the services of a professional pest company (http://www.yalepest.com/extermination-services/bed-bugs/bed-bug-exterminator) to get rid of the bugs as a bed bug may lay more than 500 eggs in their lifetime," Mr. Miller continues.

Bed bugs don't need food to survive either as a bed bug can go months without a meal. The hatchlings are minuscule and easily pass through stitch-holes in mattresses and other tiny openings. They survive in a wide range of temperatures and ingest up to seven times their body weight in blood. "Any property owner who suspects he or she has bed bugs needs to call in a professional exterminator (http://www.yalepest.com/extermination-services) right away," Mr. Miller declares.

Bed bugs don't transmit disease, yet can lead to an allergic reaction. They take up residence in clean and unclean homes and buildings although 37 percent do believe they are attracted to those homes and offices which are dirty. Household income doesn't play a role in where bed bugs live either.

"Every home and office is susceptible to bed bugs as they may be picked up in a wide variety of locations. Bed bugs catch a ride on people and their belongings, making it possible to pick the bugs up in hotels, college dorms, public transportation, movie theaters and laundry facilities. Although infestations are more common in suburban and urban areas than in rural ones, everyone needs to be aware of bed bugs and what to look for," Mr. Miller states.

Established in 1983, Yale Termite and Pest Elimination Corp remains an industry leader. The family owned and operated company makes use of integrated pest management practices in all that they do. They provide fast and effective pest control solutions for both residential and commercial clients and have been trusted by thousands over the years. The typical client has been with the company for more than five years and all pest control technicians maintain state licensing. The National Pest Management Association recognized Yale Termite and Pest Elimination Corp. for meeting published standards of a QualityPro company.

"When one goes to change his or her residence, the right moving company helps to make the transition smooth in every way," Jim Rueda of Moving Right Along (MovingRightAlong.com) states.

Ozone Park, NY (April 25, 2012) -- According to the 2007 American Community Survey (ACS), the average American moves 11.7 times in his or her lifetime. The satisfaction of a move depends in great part on the moving company selected. "When one goes to change his or her residence, the right moving company helps to make the transition smooth in every way," Jim Rueda of Moving Right Along (http://www.movingrightalong.com) states.

Whether one is moving to a new residence or new commercial location, he or she needs to feel comfortable with the moving company selected as the movers are handling his or her possessions. "Each possession in a home or office is chosen with care by the owner. Movers need to remember this at all times and treat each item as if it were their own. Many moving companies seem to forget this," Mr. Rueda continues.

Items such as fine art and antiques or musical instruments such as a piano require special treatment. Special equipment may be needed to transport these items safely or special packing materials must be used. "Moving Right Along (http://www.movingrightalong.com/moving.html) understands this and equips each truck with a wide range of packing supplies and special equipment to properly care for these items," Mr. Rueda goes on to say.

No two businesses are alike and therefore no two commercial moves are identical either. Some companies find themselves in need of records storage while others wish to have warehousing and distribution help. When a company chooses to relocate, Moving Right Along (http://www.movingrightalong.com/commercial.html) sends in a project manager to assess the situation and map out a plan for the move. "Having this service reduces the amount of downtime a company experiences during a move. With competition fierce in many industries, customers appreciate this as it ensures they don't fall back in terms of their competition during a move," Mr. Rueda explains.

Moving Right Along offers many other services consumers may find they need when switching residences or commercial locations. From junk removal and home cleaning services to fumigation and storage, Moving Right Along strives to meet the needs of customers in every area. "The fewer companies involved in a move, the easier the entire process becomes which is why many in New York look no further than Moving Right Along," Mr. Rueda stresses.

About Moving Right Along:

Moving Right Along began as a part time venture in 1976 when it was known as Jim's Moving Company. In 1981, Jim completed his Bachelor of Business Administration Degree in Marketing at Baruch University and he opted to change the name to Moving Right Along Service, Inc. Although the name changed, the company's commitment to reliable and friendly service at a great low price remained. During the 1980s, the company expanded from a one truck operation to an eight truck organization. In 1988, Jim chose to purchase a Packaging Plus franchise which led to him branching out in many other areas. Services offered now include crating, interstate and international moving and containerized storage. Over the years, Jim has personally overseen all company operations and works to ensure a client's transition to a new home or office is smooth thanks to quick and quality service.