Light Space & Time Online Art Gallery is pleased to announce that its November 2016 art exhibition, the 6th Annual "SeaScapes" Art Exhibition is now posted on their website and can be viewed online. 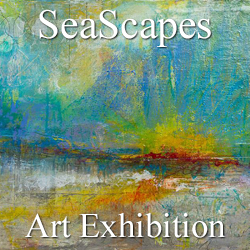 Jupiter, FL, USA -- Light Space & Time Online Art Gallery is pleased to announce that its November 2016 art exhibition, the 6th Annual "SeaScapes" Art Exhibition is now posted on their website and can be viewed online. For this theme, seascape subjects included scenes of coastal living, any ocean activities, seaside vistas and any related seashore subjects.

The gallery received and judged 491 entries from 19 different countries and from 31 different states. The gallery also selected artists for Special Merit and Special Recognition awards as well.

Each month Light Space & Time Online Art Gallery conducts themed online art competitions for 2D and 3D artists. All participating winners of each competition have their artwork exposed and promoted online through the online gallery and through social media to thousands of visitors each month.

FED Publishing Releases New Book, "It's In Their Blood: A Memoir of Siblings Reunited and Their Showbiz Legacy" by Scott Lee Needham

It's In Their Blood: A Memoir of Siblings Reunited and Their Showbiz Legacy, by Scott Lee Needham, is a sibling reunion 70 years in the making. 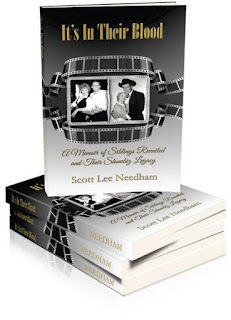 La Mirada, CA, USA -- Scott Lee Needham's It's In Their Blood: A Memoir of Siblings Reunited and Their Showbiz Legacy is about the seemingly impossible. Siblings of a Vaudeville family separated at a young age, venture to Hollywood on separate paths, then reunite after 70 years.

This Memoir is written through the eyes, interviews, research and experiences of the author. It is a gift to his family; a verification of genetic history once lost, now found, resulting in discovery that had no memory, and memories that made a 70-year reunion possible. It is also a story for all of us, starting within this family and its consistent success in the professions that helped corroborate the passion and need to communicate. From printers, writers and publishers to vaudevillians and Hollywood actors, this true story reminds all of us about the wonders of inheritance, and how its relevancy revealed the seemingly miraculous. This family, once together and thriving, then separated for decades, now united and forever recorded within their memories and the contents of this book.

Author Scott Lee Needham's professions have ranged from management, to business owner to Electrician. He has written poetry for twenty years, but never took his writing seriously enough to publish...until now. IT'S IN THEIR BLOOD was a story that was not a choice as he describes, but a passionate and purposeful venture that resulted in not only his families historical recording, but a story for all to enjoy. Soon to publish his poetry, he also is working on a children's book. He lives with his wife and daughter in Southern California.