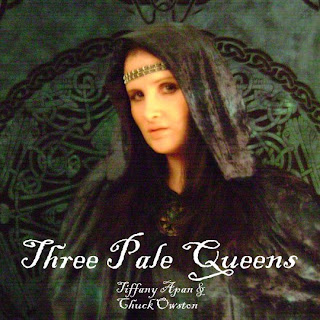 Gibsonia, PA, December 30, 2010 -- Tiffany Apan is an award winning singer/songwriter from Pennsylvania in the United States. She is also an artist and co-founder of Poets Labyrinth Productions and Music.

Her is music is an eclectic blend of rock (progressive/alternative/metal), classical, folk, world, new age, gothic, ambient and touches of pop, soul, jazz and r&b.

Her 2008 debut album, Poet combines all these styles of music and has received enthusiastic responses from music fans and even garnered some critical acclaim. In 2009 she was an American Finalist in The Best New Song in the World Contest with her song, “Lost Little Girl (Acapella Version)” which was released as a digital single on June 1, 2010. Her music video for “Scarborough Fair” off of “Poet” was a winner in the “Other” Music Video Category at the 2010 Indie Gathering in Cleveland, OH in the United States.

Her music has also been included on film and video soundtracks including being the theme for the PASTIntel Paranormal Research Team, the horror/comedy, "The Girl," and the forthcoming crime drama "Foreseen."

“Poet” is available at all major digital outlets (iTunes, Napster, etc) as well as at CDBaby, Amazon, and Shinto Records and she is currently working on her follow up to Poet titled Elements.

In December of 2010, Tiffany released a Holiday Season single with Rockabilly Hall of Fame inductee, Chuck Owston: an adaptation of the English folk classic, "Greensleeves." She also re-released her 2007 "Ghost EP" to digital retailers such as iTunes, eMusic, Thumbplay, and Napster.

The year 2011 will bring about more new releases from Tiffany Apan. January 4, 2011 will bring a new single with Chuck Owston titled "Three Pale Queens (Acoustic Live Version)" (which was recorded in Tiffany's well-recieved 'Living Room Sessions' on YouTube) and the digital re-release of 2007's "Porcelain Doll EP" with new cover art. Also look for the digital sales releases of Tiffany's music videos to "Run Away and Hide," "Scarborough Fair," and "Ashes to Dust" early in 2011.

All releases will not only be released digitally, but physical copies will also be available.

Los Angeles, CA, December 30, 2010 -- Sunday Dec 19th, 2010 represents a historic moment in the Rock/Hip-Hop world with a ground-breaking new business model and artistic collaboration via the G-Unit offices in NYC, “Thisis50.com” and LA-based Rock artist Avery Watts.  Watts will be the first Rock artist ever in Thisis50’s history to debut on the front page.  Watts’ release “The Takeover EP” and recently released single “Enough” have struck a chord in the Urban Rock market.  50 Cent caught wind of Watts’ presence through G-Unit comedian Young Jack Thriller and together, he and his trend-setting team from Thisis50 have decided to debut Watts and feature his music/interview on Thisis50.com. Avery Watts on Thisis50.com: http://bit.ly/hMmITP 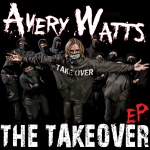 Thisis50.com is Hip-Hop Artist/business tycoon 50 Cent’s exclusive online social community that focuses on what’s relevant in pop culture and entertainment.  The site reaches millions of fans worldwide.  Boasting an international fan base and followers that range from celebrities, to athletes,  A- list musicians to TV/film executives;  50 Cent has quickly developed a track record for being an industry trend-setter in Music & Entertainment.  Known for his sharp business acumen, strategic alignments and overt entrepreneurial prowess 50 Cent, via Thisis50.com, will be embarking on a new format with Avery Watts as the muse and Raison d’Etre.

“I'm honored to work with 50’s team and look forward to seeing the interview hit the public and the Thisis50 community.  I've personally followed Thisis50 for years.  I use his site to keep myself up to date on what’s new in music, industry news, trending topics and new artists. It’s my equivalent for reading the NY Times or morning newspaper before I start my business day. I'm honored to be launched via something I have always respected as ‘what’s real’ in the industry”, says Watts.

Celebrity comedian and Thisis50 correspondent Young Jack Thriller sat down with Watts and his manager Michelle Coutois while in Beverly Hills promoting his up and coming G-Unit comedy tour.

“While out in Beverly Hills I had to come out meet Avery for myself. His music is high energy, it’s intense and ‘in your face’.  He’s a really really dope artist and shrewd business man.” – Young Jack Thriller

Coutois adds, “I'm very proud to be working with Watts and everyone at Thisis50. I'm confident that this idea will sprout new alliances and new fan bases for all of us. Coupling two of the most profitable entertainment industry icons; 50 Cent and the power of Rock n Roll is genius.  My thanks and appreciation goes out to my friend Young Jack Thriller, it’s nice to see stars breaking stars. As always, we are ready to Rock.”