Colleague Software Limited has strengthened its marketing and communications team by hiring Louis Welcomme as Marketing and PR Executive.
Norwich, NR, May 27, 2011 -- The leading recruitment software provider is aiming to further promote its dynamic recruitment software solutions by continuing to develop communication strategies, utilising traditional, online, new and social media using platforms such as LinkedIn, Twitter and Youtube.
Louis has gained experience in online marketing, social media and public relations with several companies since graduating from Newcastle with a 1st Class honours degree in history and politics. Most recently Louis developed and implemented a comprehensive online communications and social media strategy for Norwich International Airport and previously gained useful public relations experience working with Norfolk Country Cottages, the national self-catering holiday cottage specialist.
Welcoming Louis to the team Will Minns, Managing Director of Colleague, said: “We're delighted Louis has chosen to join us at Colleague. We want to further develop our use of online, new and social media to promote Colleague to recruiters around the world and Louis will bring great experience and drive to this new and important role.”
Louis added: “I am really looking forward to working with Will and the rest of the team at Colleague. Their reputation in the recruitment software industry is second to none and since the recruitment industry has frequently led the way in its use of online communications and social media I'm excited about developing a marketing and communications plan which will help Colleague engage with new and existing customers using a range of new media platforms as well as traditional advertising.”
Colleague has been providing fast and reliable integrated recruitment software solutions since 1995, helping some of the industry’s best known recruiters, such as Square One Resources Ltd, ARM, First Point Group and InterQuest Group plc, thrive in an increasingly demanding environment. With clients in over 28 countries working in sectors such as IT, Telecoms and Education to name but three, Colleague prides itself on its outstanding customer loyalty.
-Ends-
For further information please contact:
Louis Welcomme at Colleague on 01603 735930
Email: lw@colleague.eu
Jason Wyer-Smith at 42 PR on 07824 818242
Email: jason@42pr.com
Notes to Editors:
To link to the Colleague website please use:
http://www.colleague.eu
About Colleague:
Colleague is a specialist software company providing integrated data management solutions for the recruitment industry since 1995. Colleague was the first software solutions provider in its field to become a Microsoft Gold Certified Partner. Colleague leads the industry in developing intuitive and extremely reliable front and back office software solutions loved by recruitment consultancies both in the UK and abroad.
Posted by Star One Public Relations No comments:

Asks that employers make a plan to hire a vet this Memorial Day.
Austin, Texas, May 27, 2011 -- USAbledVeterans.com, the website dedicated to helping wounded veterans find employment in the private sector is asking all employers to commit to hiring a disabled veteran this year in honor of Memorial Day.
More than 40,000 Americans have been wounded in the Global War On Terror and another 153,000 in Vietnam.
Most return home with physical and/or mental challenges. Still, they are American Heroes and while some have disabilities, each deserves the right to be considered for employment opportunities so that they may continue to make a contribution at home as they have so gallantly made in battle.
USAbledVeterans.com is grateful for the many abilities of US Military Veterans and our employers have made a commitment to consider and hire these great Americans.
Whether an employer or a military veteran, USAbledVeterans.com is the virtual place to meet, shake hands, and build futures together. Because it is not about what our wounded veterans cannot do but more about what they can!
USAbledVeterans.com is part of the JOB1 family of niche websites which include IhireVeterans.com, Hire-A-Patriot.com, Patriotjobs,net, Diversity-job.com, HireCustomerCare.com, Green-Employers.com. "We're making a difference!"
Contact:
Sela Rodriguez
USAbledVeterans.com
Tel: 336-447-3838
E-Mail: Sela.rodriguez@JOB1.co
Web: http://www.usabledveterans.com
Posted by Star One Public Relations No comments:

Delivers broad local and national appeal for buyers and sellers.
Las Vegas, NV, May 27, 2011 -- Cross-Post Classified Networks announced today a partnership with the Las Vegas Review Journal Newspaper to expand local and national options for buyers and sellers of autos, motorcycles, Rv's and boats. The Cross-Post Auto Network, combined with existing Review Journal and RJAutos.com offerings gets customers access to some of the largest auto and vehicle classified sites on the web including Facebook Marketplace, Nevada-Autos.com, Oodle.com, Lycos.com, MySpace.com and thousands of others.
"We wanted to be able to "up the ante" and get our customers broad local and national exposure for their vehicle ads. The Las Vegas Review Journal was already the newspaper and website of choice for auto and vehicle buyers and sellers in Nevada. This expands their options nationally on some of the largest websites on the Internet." Noted Rebecca Bradner, Director of Classified Advertising for the Review Journal.
Since 2006, the Las Vegas Review Journal has partnered with Cross-Post on national niche employment networks for Diversity, Healthcare, Nursing, Green Employers, Customer Service and Call Center and Veterans networks.
"Our relationship with the LVRJ has been beneficial for all parties concerned but most especially for advertisers. Our new auto network helps expand advertiser reach in an ever-developing online marketplace ," added Carl Braun CEO of Cross-Post LLC.
Contact:
Carl Braun
CEO
Cross-Post LLC
PO BOX 5425, Petaluma, CA 94955
Tel: 619-575-6577
E-Mail: carl@cross-post.com
Web: http://www.cross-post.com
Posted by Star One Public Relations No comments: 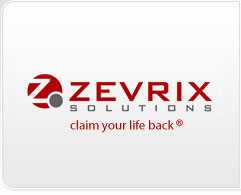 Zevrix Solutions announces InPreflight Pro 2.9.2, a compatibility update to its document preparation solution for Adobe InDesign. Described as "delightfully simple to use" by Macworld, InPreflight is an all-in-one solution to check InDesign documents, collect them for output and ship to final destination. It combines powerful batch-packaging, quality control and graphic reports. The new version addresses some stability and performance issues related to document packaging.
Toronto (ON), Canada - May 27, 2011 - Zevrix Solutions today announces the release of InPreflight 2.9.2, a compatibility update to its document preparation solution for Adobe InDesign. InPreflight is a powerful all-in-one solution to check InDesign documents, collect them for output and ship to final destination. InPreflight helps graphics and print professionals uncover hidden problems, save disk space through smart batch-packaging, and reduce production time and costs.
"InPreflight is delightfully simple to use and does its job well," writes James Dempsey in Macworld.
The new version introduces compatibility with recently released InDesign CS5.5. It also addresses an issue related to saving preflight report as a text file.
InPreflight Pro provides a robust, fast, reliable and easy-to-use solution for printers, service providers, ad agencies and publishing houses. The key InPreflight Pro features include:
Batch-packaging and job delivery:
InPreflight is the only program that lets InDesign users package multiple documents. Among other abilities, it can collect multiple document with all shared links into one folder, which can save users gigabytes of disk space and hours of production time. In addition, users can automatically send packaged jobs over the Internet and locally through seamless integration with the Zevrix products Deliver and Deliver Express.
Quality control:
InPreflight quickly checks document's fonts, colors and links for common problems as well as hidden issues that otherwise are not reported by InDesign (for example, TIFF and EPS compression, embedded fonts and illegal link locations).
Graphic preflight reports:
Users can print graphic preflight reports and save them as PDF with the detailed image info saved in PDF notes. The reports can be set up interactively with an option to include detailed paragraph styles report for typography professionals.
Pricing and Availability:
InPreflight Pro can be purchased from Zevrix web site, for US$99.95, as well as from authorized resellers. Trial version is available for download. Update is free for licensed users of version 2, and US$55.98 from earlier versions. InPreflight is available for Mac OS X 10.4.2-10.6, a Universal Binary, and works with Adobe InDesign CS2-CS5.5. File delivery services require Deliver or Deliver Express, which InPreflight users can purchase from Zevrix at a discount.
About Zevrix Solutions
Located in Toronto, Canada, Zevrix Solutions provides productivity solutions for Adobe Creative Suite software, PDF and graphic file diagnostics and Microsoft Office on Mac OS. Zevrix Solutions is dedicated to helping professionals achieve more while doing less through automating their everyday tasks, producing error-free documents, saving disk space and cutting production costs. For more information, visit http://www.zevrix.com.
-Ends-
Contact:
Leo Revzin
Owner
Zevrix Solutions
Tel: 858-206-0607
E-Mail: leo@zevrix.com
Web: http://www.zevrix.com
Posted by Star One Public Relations No comments: