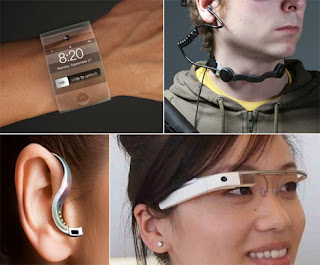 New York City, NY, USA (October 29, 2013) -- Wearable technology is all the rage, but the craze goes beyond connected eyewear such as Google Glass and smart timepieces such as Samsung Galaxy Gear and Apple's rumored iWatch. Designers are creating apparel, accessories and fitness wear that can do everything from monitor your heart rate to charge your smartphone. These trends will be debated at Golden Networking's Wearable Computing Conference 2013 (http://www.wearable-computing-conference.com), "Revolutionizing the Human Experience Through Next-Generation Technology", to be held in New York City, on November 7.

CNBC reports that start-up Heapsylon has a smart sock, Sensoria, that is paired with an anklet to automatically detect the type and level of activity based on pressure signals coming from the foot of the wearer. Sensors in the sock communicate data to the anklet, which then can relay the information to the user via an app. For example, it can track a runner's regular form and send an alert when he or she is making an injurious movement.

Berlin-based label Moon Berlin, which makes luxury clothing, focuses on using technology to enhance the look of its designs. Soft-circuit LEDs are integrated into the garments, connected to an electrical circuit attached to rubber-like materials that are integrated into fabrics.

Someday users may be able to charge their smartphone with their clothes. Flexible solar panels have inspired designers to come up with clothes and accessories that can power electronics. Start-up Wearable Solar is using the technology to make lightweight wired garments that enable the wearer to charge a smartphone up to 50 percent if worn in the sun for a full hour. Finally, New York-based Voltaic Systems makes a collection of bags that can charge a variety of devices.

Topics that Wearable Computing Conference 2013 will discuss include: 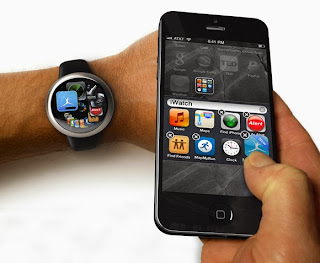 New York City, NY, USA (October 29, 2013) -- Apple iWatch and Google Glass are a few of the new high-tech wearable products that are capturing the imagination of technophiles and public in general. More and more large-scale companies from Olympus to Samsung are pouring significant investments in wearable technology. Analysts predict a rally in the new mobile device category is around the corner as demand grows.

The introduction of wearable technologies allows users to access technology hands free. There will no longer be the need to carry around bulky devices. Information can be accessed at your command and pictures or videos can be taken with the wink of an eye. What are the key features of this technology? How are these functions different from the traditional computer and phone programs? How can wearable technologies be integrated with already established technologies?

There is no doubt that the wearable technology is a robust flexible display market, which IHS predicts will reach nearly 800 million unit shipments by 2020 from just 3.2 million in this year. That is why a rising number of companies get involved in it in spite of excessive expense.

Several companies have expressed interest in designing wearable technology including Google, which has thousands of people testing its Google Glass smart headwear through its Google Explorer program. Meanwhile, Dell, Samsung and Acer, all of these electronics giants claim about developing wearable gadgets to deal with declining sales of their traditional products. Most companies are still in development and stuck in testing period as exorbitant amounts of money on this next-generation technology. This technology spur will be debated at Golden Networking's Wearable Computing Conference 2013 (http://www.wearable-computing-conference.com), "Revolutionizing the Human Experience Through Next-Generation Technology", to be held in New York City, on November 7, forum featuring insightful discussions: 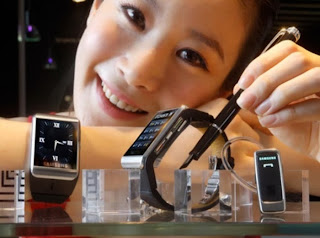 New York City, NY, USA (October 29, 2013) -- Samsung Galaxy Gear, the latest smartwatch from the Korean electronics company, was just announced on September 4, 2013, and is now available in over 140 countries. What this technology development bring to the consumer landscape will be debated at Golden Networking's Wearable Computing Conference 2013 (http://www.wearable-computing-conference.com), "Revolutionizing the Human Experience Through Next-Generation Technology", to be held in New York City, on November 7, forum featuring insightful discussions:

Masable's Lance Ulanoff has already alerted the developer's community of 70 third-party apps ready for the Galaxy Gear when it launches in the U.S. in October. When he quizzed Samsung execs on whether apps are ported or built, they acknowledged that they're mostly built. Samsung Mobile's Chief Product Officer Kevin Packingham, however, clarified: Since the apps are all Android-based, "it's typically slimming it down, not a complete rewrite."

As for where the rest of the social network apps are (at the unveiling the Gear only had Path), Ryan Bidan, Director of Product Marketing for Samsung Mobile, said, "There are safe expectations that additional social networks are coming in short order."

While the Galaxy Gear can already take pictures and sense its own movement and orientation, the initial set of apps and connected devices (namely just one, the Samsung Galaxy Note 3) only scratch the surface of what's possible with the device. Samsung plans to deliver a set of open APIs to developers so they can engage with all the sensors on the Galaxy Gear and leverage its persistent connection to the phone.

Finally, when asked how the Gear can succeed where, for instance, Microsoft Spot watches failed, Packingham first offered an admittedly trite answer, "The technology available to us makes a big difference," adding, "These devices are genuinely intelligent." He also noted that they run actual operating systems (Android) and have access to far more real-time data than their ill-fated predecessors. They're also more adaptable and flexible, putting for instance, your social network on your wrist. According to Bidan, who was at Microsoft during the Spot era, "the technology is finally catching up to the expectations." They also believe the smartphone era has helped train and prepare consumers for this new age of smart watches.