Maelstrom bait runner reels include features that are not available elsewhere in a higher price range. 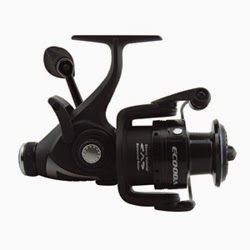 The Ecooda Maelstrom spinning reel has classic front and rear drag functions that are often referred to as bait runner or bait feeder style spinning reels.

Named after powerful swirling ocean vortexes that create havoc in the water, the Maelstrom has been designed with key features that are important to anglers. It was created by anglers for anglers through direct input from Team Eposeidon, Eposeidon's Angler Consultant Staff for the North American market, which resulted in the reel's technology loaded design.

"We took a look at what was out in the market for bait runner reels and realized we could build a reel with more features than our competition's upper end models while keeping the price point on par with their low-end bait feeder reels. For example, we use eight high-quality stainless steel shielded ball bearings, and a triple disc carbon fiber drag washers, which exceeds other top of the line models," says Tom Gahan, Marketing Director at Eposeidon, Inc.

The Maelstrom spinning reel lets a fish bite and run with trolled or drifted live bait without feeling the line or the reel's drag. When the angler is ready to set the hook, a turn of the handle or a flip of the main drag lever instantly engages the pre-selected maximum front drag tension. The secondary drag can be set to zero to let line out or just enough tension added to control the action of live bait. 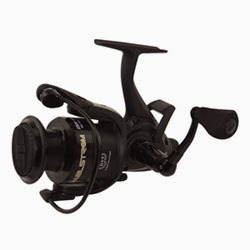 Darcy Hill, who targets big redfish with live bait near Charleston, SC and is a Team Eposeidon angler consultant says, "I've been a part of the Ecooda Maelstrom project since the idea of doing our own bait runner came to fruition last summer at ICAST (International Convention of Associated Sportfishing Trades). This reel will be an epic game changer for Eposeidon. I'm honored to have played a part in its creation!"

Tate Cui, Eposeidon's CEO stated, "Once again we have an opportunity to show the fishing community that they can have high quality, innovative fishing tackle at an affordable price. This has been the corporate mandate since the company was founded."