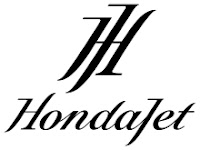 Honda Aircraft Company today announced it has begun deliveries of the HondaJet, the world's most advanced light jet.

Greensboro, NC, USA -- Honda Aircraft Company today announced it has begun deliveries of the HondaJet, the world's most advanced light jet. The company delivered the first aircraft today at its world headquarters in Greensboro, North Carolina. This milestone follows final type certification from the Federal Aviation Administration (FAA), which the HondaJet received on Dec. 8, 2015.

"We are very excited to commence deliveries of the HondaJet, fulfilling Honda's commitment to advancing human mobility through innovation," said Honda Aircraft Company President and CEO Michimasa Fujino. "Honda Aircraft has now extended this commitment skyward with the delivery of our first aircraft, and I hope we soon will begin to see many HondaJets at airports around the world."

Honda Aircraft Company is manufacturing the HondaJet at its world headquarters in Greensboro. The aircraft is offered for sale in North America, South America and Europe through the HondaJet dealer network.

To support HondaJet customers, Honda Aircraft has established a robust worldwide dealer network in 11 territories. HondaJet dealers are ready to support aircraft entry into service, together with a 90,000 square-foot customer service facility in Greensboro to support the dealer network with heavy maintenance, repair and overhaul capabilities.

Pilot training is already being conducted for HondaJet customers with a full-motion, Level D flight simulator installed at the Honda Aircraft Training Center in Greensboro.

The HondaJet is the world's most advanced light jet, with revolutionary technology and design innovations-including the Over-The-Wing Engine Mount design-that help it achieve the highest speed, superior fuel efficiency, and a more spacious cabin over conventional aircraft in its class.

For more information about the HondaJet, visit http://www.HondaJet.com.

About HondaJet
The HondaJet is the fastest, highest-flying, quietest, and most fuel-efficient jet in its class. The HondaJet incorporates many technological innovations in aviation design, including the unique Over-The-Wing Engine Mount (OTWEM) configuration that dramatically improves performance and fuel efficiency by reducing aerodynamic drag. The OTWEM design also reduces cabin sound, minimizes ground-detected noise, and allows for the roomiest cabin in its class, the largest baggage capacity, and a fully serviceable private aft lavatory. The HondaJet is equipped with the most sophisticated glass flight deck available in any light business jet, a Honda-customized Garmin® G3000. The HondaJet is Honda's first commercial aircraft and lives up to the company's reputation for superior performance, efficiency, quality and value.