Forestry Research Associates, the sustainable forestry research organization, has backed moves by Indonesia to renew commitments to forestry protection.
Seattle, USA, July 15, 2011 -- Forestry Research Associates (FRA) has backed moves by Indonesia to renew commitments to forestry protection.
The President of Indonesia's Special Delivery Unit head, Kuntoro Mangkusubroto, has announced that the government will renew efforts to protect the country’s forest communities.
The pledge has been welcomed by forestry experts worldwide as an indication that Indonesia is growing more committed to safeguarding its forests and the communities that live within the forested regions.
Speaking at an event organized by the Rights and Resources Initiative (RRI), the International Tropical Timber Organization and the Ministry of Forestry, Mr Mangkusubroto said the country will prioritize the Adat rights of the indigenous people who live in the forests. He stated, "My role has enabled me to look cross-sectorally, across walls, to make sure that things happen on the ground. I want to ensure that the President’s Special Delivery Unit lives up to its name – delivers.”
FRA, a research and advisory consultancy specializing in forestry and forestry investment issues, welcomed the announcement. Its analyst, Peter Collins, stated, “FRA is pleased that Indonesia is taking the needs of its forest communities seriously as protecting those who live within the forests is as important as protecting the forests themselves.”
FRA claims that investment in sustainably managed plantations can help to take the pressure off densely forested countries that still allow logging of native forests. Projects in other developing countries, like Brazil, that attract foreign investment in non-native timber plantations, such as those run by Greenwood Management, are useful in providing alternative timber and charcoal for an expanding market.
The announcement from the government followed a report published a week earlier stating that the country’s lack of progress on safeguarding the rights of forest people had held back its plans to establish manage forestry and reduce deforestation.
Dominic Elson of Trevaylor Consulting, the report’s author, stated, “There is ample evidence that communities are reliable managers of natural resources and forests, yet for some reason Indonesia has yet to embrace the concept of local tenure rights with any seriousness.” He added, “Until addressed, it will be hard to make more than token progress on the pressing issues facing the land use sector, such as deforestation, conflict and misguided investments that undermine development.”
About Forestry Research Associates
Forestry Research Associates is a research and advisory consultancy that focuses on forestry management, sustainability issues and forestry investment around the globe.
Contact:
Peter Collins
Forestry Research Associates
620 Vineyard Lane
Bainbridge Island, WA 98110
Tel: (206) 316 8394
E-Mail: info@forestry-research.com
Web: http://www.forestry-research.com
Posted by Star One Public Relations No comments: 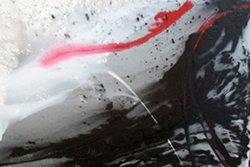 Jupiter, Florida - July 15, 2011 -- Light Space & Time Online Art Gallery is very proud to announce that Evalynn J. Alu is now featured in the Gallery’s Artist Showcase. Her works are sweeping abstract representations of her thoughts and visions allowing form, shape, and color to flow from her mind though the brush in hand as she adds layer upon layer to her paintings.

It has been said of Evalynn’s work that “A mysterious quality permeates her art, as if each painting tries to record an abstract event taking place, without revealing specific details. The viewer is drawn in for closer contemplation and varied interpretation.” Evalynn has been a regular Light Space & Time gallery participant and in each competition that she has entered her art, her artwork has placed in each exhibition.
Evalynn J. Alu has been creating art for over 40 years. Evalynn states “I have always been fascinated with shapes, forms, color, light and shadows that are always present in nature. Creating movement filled with emotion of the moment becomes an intriguing experiment laced with my ever-expanding knowledge of technique. I am always searching for answers in my art. I know, should I find these answers, that my need to create will be no more.”
Her preferred mediums include sculpture, ceramics, watercolors, oils, acrylic, lithographs, assemblages, and photography. Alu received an AA from Santa Ana College and a BA from California State University, Fullerton in 1982. Evalynn has shown in solo shows as well as in many juried shows and winning competitions in both local and international events. She currently is a member of the Orange County Center of Contemporary Art. View Evalynn’s rich, awe inspiring abstract art at her website http://www.evalynnjalu.com.
-Ends-
About Light Space & Time Online Gallery
Light Space & Time Online Gallery conducts monthly themed art competitions and art exhibitions for new and emerging artists. It is Light Space & Time’s intention to showcase this incredible artistic talent in a series of monthly themed art competitions and art exhibitions by marketing and displaying the exceptional abilities of these worldwide artists. Their online gallery website can be viewed here: http://www.lightspacetime.com.
Contact:
John R. Math
Light Space & Time Online Gallery
118 Poinciana Drive
Jupiter, FL 33458
Tel: 888-490-3530
E-Mail: info@lightspacetime.com
Web: http://www.lightspacetime.com
Posted by Star One Public Relations No comments: