Fusion Art is pleased to announce that it will host an "Art for Animals" juried art exhibition to support local Coachella Valley animal welfare organizations. 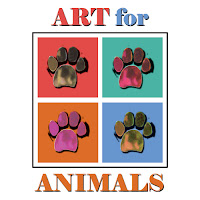 The gallery has partnered with SNIP, the Palm Springs Animal Shelter, The Living Desert, Animal Samaritans, and the Humane Society of the Desert to host a charity art exhibition during the month of December 2016. All five organizations are 501(3)(c) nonprofits that are committed to the humane treatment of all animals and the preservation of life through no-kill philosophies.

A juried art competition will be held from July 20th through September 20th. For the competition artists and photographers, worldwide, are encouraged to share their artistic vision of Animals, both domestic and wild. The artwork can include any animals that live on land, in the sea or in the air and can range from realism to surrealism to abstraction.

Twelve winners will be selected and featured in the exhibition, which will be held in the gallery from December 7th through the 31st. An artists' reception will be held the evening of December 10th between 6 p.m. and 9 p.m. In addition, a charity calendar will be produced with each of the twelve winners featured in one month of the calendar. Proceeds from the competition's entry fees, the gallery's proceeds from the sale of any artwork in the exhibition and from sale of the charity calendar will be donated equally to the charities.

Founded by Award winning artist, Chris Hoffman, Fusion Art was envisioned and formed out of a passion for art and the artists who create it. The website and Palm Springs gallery promote and connect new, emerging and established artists with collectors and art enthusiasts, while offering the opportunity to participate in art competitions, exhibitions and experiences. Open Wednesdays through Saturdays from 11 a.m. to 4p.m., Fusion Art Gallery is located at 2658 S. Cherokee Way, in the Backstreet Art District.

Artists who are interested in submitting their artwork for consideration should visit Fusion Art's website for full competition guidelines: http://www.fusionartps.com/art-for-animals-charity-competition. Please direct any questions to Valerie Hoffman at the contact information below. 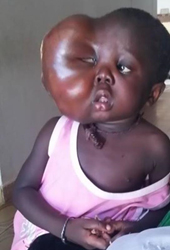 From the anointed mind to the gifted hands of Dr. Michael K. Obeng, miracles have come true for many that cannot afford surgeries in third-world countries with poverty beyond understanding.

Beverly Hills, CA, USA -- After careful, strategically planned trips to four countries this summer, Dr. Obeng was touched and moved by 4-year-old Sarjo with her disfigured face. Dr. Obeng has arranged for Sarjo to come to United States where he will do what may seem by millions as impossible. Sarjo arrives in Los Angeles on Thursday, August 11, 2016, which is when her transformation will begin. Dr. Obeng was born with the gift himself, to touch and change lives, faces, bodies etc. of many, with no means whatsoever to handle the cost for these surgeries. Dr. Obeng, through his charity, R.E.S.T.O.R.E., Restoring Emotional Stability Through Outstanding Reconstructive Efforts, and donations from the kindhearted, has been able to donate 100% of all services free for all surgeries that he and his select staff performs either on tour or case by case here in Beverly Hills, CA.

Dr. Obeng came to Midwestern State University (MSU) from Ghana. He saw a flyer about the university in a friend's dorm room and knew it was in Texas, but that was all. While an MSU student, Dr. Obeng laid carpet, worked for Golden Corral, and drove a school bus for the Wichita Falls Independent School District. His bed was one he rescued from someone else's trash, and he and his roommate alternated sleeping on it and the floor. After his first semester at MSU, he got a job at the Moffett Library and eventually landed a job as a residence assistant that paid his room and board, a big relief for a struggling student.

Dr. Obeng is currently the Director of his own private practice, MiKO Plastic Surgery and MiKO Surgery Center in Beverly Hills, California while also serving on staff at Cedars-Sinai Hospital in Los Angeles, California. Dr. Obeng is a noted author and lecturer on healthcare disparities around the globe. He has received numerous honors, awards and recognition for his professional achievements including a research grant from the National Institute of Health and the Herman A. Barnett Memorial Award for Excellence in Surgery and Anesthesia. His professional society memberships include the American Society of Plastic Surgeons, the American Society for Surgery of the Hand, and the American Society of Reconstructive Microsurgery.

Dr. Obeng recently launched a consulting firm, Global Health Solution, which is aimed to bridge the gap between morbidity and healthy living in developing countries. He believes a "Healthy country is a wealthy country."

In Ghana, Dr. Obeng saw the pain caused by physical deformities, and the helplessness of those afflicted as they lived with their situation with no money, and too few qualified physicians to have the problem corrected. To resolve this issue, he then formed R.E.S.T.O.R.E. Worldwide, Inc. in 2008 (Restoring Emotional Stability Through Outstanding Reconstructive Efforts) to help those people and others in need. Since its inception in 2008 R.E.S.T.O.R.E.'s volunteer teams have traveled to 7 countries, including Gabon, Ghana, Guatemala, Mexico and Nigeria performing over 200 reconstructive surgeries worth over $ 5,000,000 USD and all on a pro-bono basis. Dr. Obeng credits the giving spirit of teachers, advisers, and fellow students during his time at Midwestern State University, The University of Texas and Harvard for instilling in him the need to help others. "I won't forget where it all started," he said.

About R.E.S.T.O.R.E.: R.E.S.T.O.R.E. is a 501 (c)(3) non-profit medical service organization that provides free reconstructive surgery and related medical services to children and adults with disfiguring deformities from birth, accidents and diseases. Many developing countries shun those afflicted with disfiguring deformities and look upon them as outcasts or "freaks". Often their own families hide them from the general public to spare them from either being ridiculed or physically harmed because of their disfigured appearance.

Although there is an overwhelming need for plastic surgery in developing countries, these types of surgeries are not available because there are no personnel trained to provide the necessary surgeries. As part of the organizations mission they seek to educate and train local physicians in the techniques necessary to perpetuate their initial work to continually benefit more people for years to come.

For more information or to help make a difference in Sarjo's life with your donation
http://www.restoreworldwide.org
http://www.mikoplasticsurgery.com 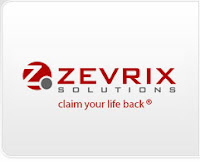 Zevrix Solutions announces that ArtOptimizer, its workflow automation solution for Adobe Illustrator, is available on discount site BundleHunt as part of the Summer Bundle. Using the site's unique discount concept, users can purchase ArtOptimizer as part of a bundle of 7 top rated apps for $17 only. ArtOptimizer lets users automatically reduce the size of Illustrator links and performs essential image adjustments, which helps save disk space, speed up file output and cut production costs.

Toronto (ON), Canada -- Zevrix Solutions today announces that ArtOptimizer, its image workflow automation solution for Adobe Illustrator, is now available on discount site BundleHunt as part of the Summer Bundle. Using the site's unique discount concept, users can purchase ArtOptimizer in a bundle of 7 top rated apps for $17 only. BundleHunt is an online store that retails heavily discounted bundles of high quality software, aimed at empowering the creative community. Users can choose from 51 apps to create their own custom bundle.

ArtOptimizer helps users eliminate the excess image data of Illustrator picture links according to the target resolution specified, and performs essential image adjustments such as color conversion and sharpening. The software is a powerful automation solution for Illustrator users of any trade, whether it's print, web or publishing on mobile devices. For example, with just a click of a button users can:

-scale images in Photoshop to match their dimensions in Illustrator,
-change their resolution to 300 dpi,
-convert all RGB images to CMYK,
-merge layers or delete hidden ones,
-run a Photoshop Action on each image.

In the end of the processing ArtOptimizer reimports images to Illustrator at 100% in their precise position. As a result users can save gigabytes of disk space and countless hours of optimizing images manually, accelerate document output, reduce job turnaround and cut costs through faster processing.

Pricing and Availability:
ArtOptimizer can be purchased on InkyDeals.com as part of the Ultimate Mac Bundle at $39 (full price $119.95). Trial is also available for download. ArtOptimizer requires Mac OS X 10.5-10.11 and Adobe Illustrator/Photoshop CS3-CC 2015.

ArtOptimizer can be purchased on BundleHunt.com as part of its Summer Bundle of 7 apps for $17 (http://www.bundlehunt.com). Trial version is also available for download. ArtOptimizer requires Mac OS X 10.5-10.11 and Adobe Illustrator/Photoshop CS3-CC 2015.