Men NOT Allowed to Say "NO" on Sadie Hawkins Day 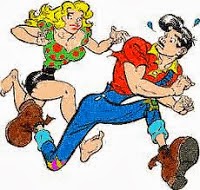 Sadie Hawkins Day allows single women to ask for what they want... and get it!

Once a year single women can ask for whatever they want...and get it. At this year's annual Sadie Hawkins Day Dance in the San Francisco Bay Area, Friday, November 15, 2013, 8pm-Midnight, men are not allowed to say no if a woman asks them to dance. The party is at the Embassy Suites Hotel, 101 McInnis Pkwy, San Rafael CA. Contrary to popular belief, Sadie Hawkins Day does NOT occur on Leap Day. It happens every November 15.

"Single women have lots of complaints about single men," says Rich Gosse, Chairman of The Society of Single Professionals, the world's largest non-profit singles organization. "One of the biggest is men who turn them down when asked to dance. How rude! At our Sadie Hawkins Day Dance, men will NOT have that option. Sadie Hawkins Day is a wonderful opportunity for single women to be assertive and get what they want in life, rather than follow the disastrous strategy of playing hard to get."

Rich Gosse, author of eight books on dating, is available to the news media to discuss Sadie Hawkins Day in the context of bachelorettes fulfilling their romantic needs, by calling 415/479-3800.

Sadie Hawkins Day, an American folk event, made its debut in Al Capp's Li'l Abner strip on November 15, 1937. Sadie Hawkins was "the homeliest gal in the hills" who grew tired of waiting for the fellows to come a courtin'. Her father, Hekzebiah Hawkins, a prominent resident of Dogpatch, was even more worried about Sadie living at home for the rest of his life, so he decreed the first annual Sadie Hawkins Day, a foot race in which the unmarried gals pursued the town's bachelors, with matrimony the consequence. By the late 1930s the event had swept the nation and had a life of its own. Life magazine reported over 200 colleges holding Sadie Hawkins Day events in 1939, only two years after its inception. It became a woman-empowering rite at high schools and college campuses, long before the modern feminist movement gained prominence.

Adults of all ages are welcome. $10 at the door includes dancing to current hits and oldies. Dressy nightclub attire is recommended. Anyone who wishes more information about this and many more singles parties may visit http://www.ThePartyHotline.com or call 415/507-9962. 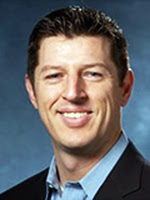 Mr. Rueckert is a managing director with Intel Capital, joining Intel in 2001. Prior, Mr. Rueckert spent 10 years in the software industry, 5 years as an engineer / CTO and an additional 5 years as a software consultant with Arthur Andersen. Mr. Rueckert has a BS in Information Systems from Brigham Young University and a MBA from the University of Chicago.

Since 1991, Intel Capital has invested more than US$10.8 billion in over 1,250 companies in 54 countries. Their company building focus has resulted in more than 200 of our portfolio companies going public on exchanges all over the world and over 300 being acquired or participating in a merger. Mr. Rueckert's prior investments include: 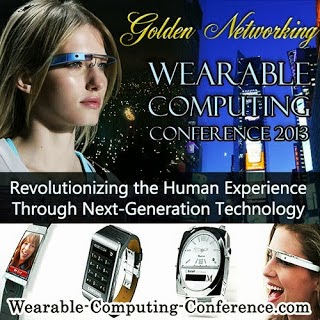 New York City, NY, USA (October 18, 2013) -- The general public is eagerly anticipating the release of the wearable technologies. Although release dates are not set, supporters and critics alike want to learn more about these sought-after technologies. What steps are being taken to further improve the technology? How is the industry taking note of privacy and safety concerns? What are the expected changes that these technologies will bring upon? How far wearable technology can go?

These and more questions will be debated at Golden Networking's Wearable Computing Conference 2013 (http://www.wearable-computing-conference.com), "Revolutionizing the Human Experience Through Next-Generation Technology", to be held in New York City, on November 7.

Wearable technology is related to both the field of ubiquitous computing and the history and development of wearable computers. With ubiquitous computing, wearable technology shares the vision of interweaving technology into the everyday life, of making technology pervasive and interaction frictionless. Through the history and development of wearable computing, this vision has been both contrasted and affirmed. Affirmed through the multiple projects directed at either enhancing or extending functionality of clothing, and as contrast, most notably through Steve Mann's concept of "sousveillance".

The history of wearable technology is influenced by both of these responses to the vision of ubiquitous computing. We are now at an inflexion point in the advancement of the adoption of wearable computing. To expand the market for wearable technologies, it is necessary for developers and manufacturers to lead the world to show how the usage of these technologies can revolutionize every aspect of the human experience.

Topics that Wearable Computing Conference 2013 will discuss include:

FlashPark, a UK-based parking enforcement company has carried out a survey that shows motorists issued with parking charge notices, but given the chance to apologise, are much less likely to reoffend.

London, UK (October 18, 2013) -- FlashPark, a UK-based parking enforcement company has carried out a survey that shows motorists issued with parking charge notices, but given the chance to apologise, are much less likely to reoffend.

A sample of 375 motorists who were issued parking charge notices by parking enforcement company FlashPark.co.uk had been asked for an undertaking not to reoffend at the same location in return for having the charge notice quashed.

The survey covered a six-month period up to 31st July 2013 and all of the motorists in the sample had parked illegally on private land and had subsequently appealed against their notices on various grounds.

Only 3 per cent of the sample reoffended in the two months following the apology, significantly lower than the reoffending level for those illegal parkers who were not given the chance to say sorry.

According to Costas Constantino of FlashPark, "this shows that the majority of the motoring public are basically honest citizens and are good for their word.

"We are looking at the possibility of sending out warnings instead of parking charge notices for first offences. Our business model still works as our services are paid for by the landowner," he said.

Mr Constantino is the inventor of the world's first 'talking parking ticket', a 30-second friendly audio warning that can be recorded by the issuer at the scene of the parking misdemeanour.

FlashPark is the first parking control company in the UK that issues warnings without charge notices - at a time when parking charges are at a record high cost.