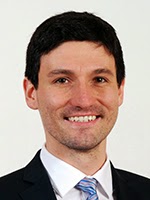 "Samsung has worked quickly to plant its stake in the ground with the Galaxy Gear, beating rivals like Apple and Google to market, but this first generation product hasn't cracked the smartwatch code," said Mr. Laslau, an expert who evaluates the development and application of innovative energy storage technologies, through extensive primary and secondary research. Some representative topics include lithium-ion batteries, supercapacitors, hybrid and electric vehicles, fuel cells and energy harvesting. Additionally, Mr. Laslau helps address client questions regarding mobility and portable energy, on topics ranging from key players, emerging technologies and market strategies. He has spoken at various technology and scientific conferences, on topics such as advanced materials, chemistry, and device applications.

Prior to joining Lux Research, Mr. Laslau worked as a sales engineer for a nanomaterials startup - Nanostructured & Amorphous Materials - where he consulted with industrial and academic clients, advising on material selection including carbon nanotubes and metal nanopowders. 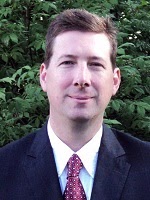 Since the beginning of Mr. Schober's BVS tenure in 1989, the company's product line of wireless test instruments has increased to over 50 products with a core focus on WLAN, cellular, WiMAX, LTE and advanced radio devices. As an experienced software engineer, Mr. Schober has developed cellular test instruments used for measuring, optimizing and plotting signal coverage, primarily for the initial cellular build-out throughout the United States. Mr. Schober's recent focus has been development (patent pending) of BVS' cell phone detection tools, used to enforce a 'no cell phone policy' in various venues. These tools are effectively used around the globe to find contraband cell phones smuggled into correctional facilities as well as secure federal facilities and schools.

Mr. Schober is a highly sought after security expert for media appearances and commentary. A few of his recent media appearances, where he has discussed a variety of security issues and the solutions offered by BVS, include: television's Fox Business Channel, Fox News Live and News 12 New Jersey, as well as several radio programs including XM/Sirius radio. He has presented as a subject expert on the topic of cyber security/corporate espionage, as well as cell phone detection and location at numerous conferences and trade shows around the globe including GovSec, Counter Terror expo, ISS Americas, as well as GSM World Congress. Mr. Schober was a VIP attendee at the September 2011 Concordia Summit in New York and was selected to appear in an interview discussing national security. He is a featured guest-contributor for Homeland Security Newswire.

Mr. Schober received a Bachelor of Science degree in Computer Science from the University of Kean in 1992 and thereafter attended graduate studies in telecommunications at New York University. 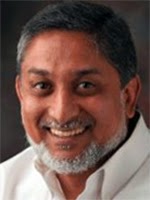 If you are looking for examples of wearable technology's real-world uses, look no further than professional soccer, where players are wearing sensor-embedded Adidas shirts that can measure performance including heart rate, acceleration and deceleration, speed, and distance, and send the details to coaches. The plan is to bring it to other sports soon. It's all part of a soccer system that was first launched last year called miCoach Elite that has this year been integrated league-wide by Major League Soccer in North America, which uses it in games and during practice, and is also being implemented by other professional soccer teams worldwide, although whether they use it in games or in practices depends on the league.

Mr. Hassonjee was the co-founder and chief development & commercial officer of Textronics Inc., Textronics is an electro-textile technology company that originated from DuPont's textile fiber research effort and was recently acquired by adidas. Previously, Dr. Hassonjee worked with DuPont and Invista™ (formerly DuPont Textiles and Interiors) for over 14 years with assignments in R&D, Sales & Marketing, Sourcing and Management roles.

Dr. Hassonjee has an undergraduate degree in Chemical Engineering from LIT, India and Ph.D. in Chemical Engineering from City College, CUNY, NY. He also received his MBA from the University of Delaware. He has written technical papers in major trade publications and is co-inventor of several products and process technologies. He lives with his wife and two sons in Chadds Ford, PA, USA.

Light Space & Time Online Art Gallery is pleased to announce that its November 2013 art exhibition, the 3rd Annual Open Online Art Exhibition is now posted on their website and is ready to be viewed online. 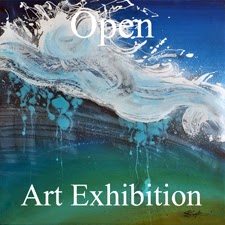 Jupiter, FL, USA (November 1, 2013) -- Light Space & Time Online Art Gallery is pleased to announce that its November 2013 art exhibition, the 3rd Annual Open Online Art Exhibition is now posted on their website and is ready to be viewed online. The gallery did not have a theme for the art competition which was used to determine the participants to this exhibition. 2D artists who applied were allowed to select their own subject matter.

An art competition was held in September and October 2013 which determined and judged the art for this exhibition. The gallery received submissions from 24 different countries from around the world and they also received entries from 36 different states and the District of Columbia. Overall, there were 673 entries which were judged for this art competition.

Congratulations to the artists who have been designated as this month's category winners, along with the winning Special Merit and Special Recognition artists. The gallery commends all of the winning artists for their artistic skill and their creativity, as this online art exhibition is indicative of their creativity.

Each month Light Space & Time Online Art Gallery conducts themed online art competitions for 2D artists. All participating winners of each competition have their artwork exposed and promoted online through the online gallery to thousands of visitors each month. If you know of a talented 2D artist who may benefit from the exposure and the publicity that the gallery can provide to them, please forward this press release to them.

Light Space & Time Online Art Gallery offers monthly art competitions and monthly art exhibitions for new and emerging artists. Light Space & Time's intention is to showcase this incredible talent in a series of monthly themed art competitions and art exhibitions by marketing and displaying the exceptional abilities of these artists. Their online gallery website can be viewed here: http://www.lightspacetime.com.