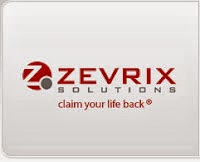 Zevrix Solutions releases BatchOutput PDF 2.0.7, a feature update to its simple and powerful solution to printing multiple PDF files on Mac OS X. BatchOutput PDF allows users to print PDF automatically from watched hot folders and offers a robust and affordable solution for users of any trade, whether it's print, publishing, education or financial institutions. The new version lets users reprint jobs directly from BatchOutput PDF saving the time of locating the files again on the system.

Toronto (ON), Canada (September 27, 2013) -- Zevrix Solutions announces the release of BatchOutput PDF 2.0.7, a feature update to its simple and powerful solution to automate PDF printing on Mac OS X. The software allows users to print PDF files from watched hot folders, saving the time and effort of opening and printing each document manually.

The new version lets users reprint jobs directly from BatchOutput PDF saving the time of locating the files again on the system. Users only need to select the files in the history table and click the Reprint button, and the job will be printed automatically using the original output settings.

BatchOutput PDF offers reliable, robust and affordable solution for users of any trade, whether it's print, publishing, graphic design, education or financial institutions:

Pricing and Availability:
BatchOutput PDF can be purchased from Zevrix website for US$24.95 (Server version $99.95), as well as from authorized resellers. Trial is also available for download. BatchOutput PDF is a Universal Binary and supports Mac OS X 10.5 and later.

URALCHEM joined as a member company of the Inter-national Plant Nutrition Institute (IPNI) at the Board of IPNI Director's Meeting held on September 24 in Montreal, Quebec, Canada.

Moscow, Russia (September 27, 2013) -- URALCHEM joined as a member company of the Inter-national Plant Nutrition Institute (IPNI) at the Board of IPNI Director's Meeting held on September 24 in Montreal, Quebec, Canada. Mr. Dmitry Konyaev, CEO and Tatiana Rozarenova, Head of the Client and Regu-latory Relations Division were elected to represent URALCHEM as members of the Board.

"Our membership welcomes the decision of URALCHEM to join IPNI and we are honored and encouraged by this extension of our primary support base," said IPNI President Dr. Terry L. Roberts. "The addition of new members directly impacts IPNI's scientific and educational programs that are designed to contribute to the advancement of agronomic science, world food security and environmental protection."

"URALCHEM is an innovative-minded company, investing actively in the R&D field. We are therefore pleased to become a member of a leading scientific organization that brings forward agro-chemical science. Combining our research efforts will improve efficient solutions for the responsible manufacturing, as well as for use of fertilizers in order to meet the growing global demand for agricultural products", said Dmitry Konyaev.

IPNI membership is another good indication of the URALCHEM's commitment to being a responsible producer, along with participation in International Responsible Care Programme, supervised by UNO, registering chemical substances with the European Chemicals Agency and getting certification with Fertiliser Industry Assurance Scheme (FIAS) in the UK.

The International Plant Nutrition Institute (IPNI) is a global organization dedicated to research and promotion of information about the importance of scientific use of fertilizers for plant nutrition. Members of IPNI are composed of companies that are large producers of one or more of the major plant nutrients. International and national associations of fertilizer manufacturers and leading global agrochemical research centres are affiliate members of IPNI.