Angel Sessions Music is Releasing New Singles, Feed My Sheep and The Great I Am DiscaL Remix Worldwide 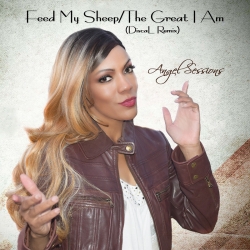 Los Angeles, CA, USA -- Urban Gospel recording artist and songwriter Angel Sessions is releasing her new single "The Great I Am DiscaL Remix" on April 7th 2016. Angel's fans from all around the world have supported her music over the years and Angel continues to give her fans new music to enjoy. The Great I Am Remix is a up tempo house music with a hint of R&B mix rolled up in Angel's urban Gospel sound. The song can also cross over to mainstream radio stations, and Angel's fans will get a different sound on this new record. Angel Sessions has been in the industry for 20 years. She currently has 11 albums including a movie soundtrack that was released. Her new single will be on all digital online stores where music is sold. The Great I Am Remix has already been featured in the Hype Magazine, and her current single release sample is on YouTube and has received over 23 thousand views in 4 days! Angel is excited to share yet another hit record for all of her fans and to those who will here of Angel Sessions for the first time. Feed My Sheep/The Great I Am both are written by Angel herself. Currently Feed My Sheep which is also releasing on the same record, is on the top 50 R&B/Soul charts at #12 on SoundCloud and has remained on the charts for 6 weeks straight. Angel Sessions is excited to be invited to the Gala red carpet event on April 21st 2016 to celebrate for her song winning Don't Let Go and her current winning song, Know Them by Their Fruits.

Engage PEO today announced the addition of Nicole MacKenzie as vice president of sales for Arizona.

Fort Lauderdale, FL, USA -- Engage PEO, a leading professional employer organization providing HR outsourcing solutions to small and mid-sized businesses across the U.S., today announced the addition of Nicole MacKenzie as vice president of sales for Arizona. Mackenzie will be responsible for expanding Engage's presence throughout the state and partnering with insurance brokers to continue to introduce Engage's suite of HR and benefits solutions to organizations across the country.

"We want to continue to broaden Engage's reach and impact in the Southwest market," said Jay Starkman, Engage PEO's CEO. "Nicole's networks and expertise will help us do just that. We are excited to welcome her to Engage's growing team."

MacKenzie brings more than 17 years of sales and marketing experience to Engage, which includes serving in senior roles for national and regional PEOs. Prior to joining Engage, Nicole held a number of business development positions for national companies targeting the insurance, healthcare, retail and education industries, among others.

"I am very pleased to join Engage, which has become a key strategic partner to small and mid-sized businesses in the Southwest and all over the country," added MacKenzie. "Given mounting healthcare law compliance and other issues facing employers, now is the perfect time for insurance broker partners and their clients to look to a highly capable PEO solutions provider like Engage." 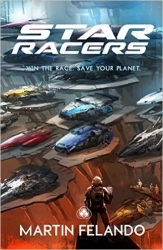 New York, NY, USA -- The Independent Publisher Book Awards, affectionately known as the IPPY Awards, is considered one of the highest honors for independent publishers and authors worldwide.

Sci-fi fantasy novel Star Racers is about battle jet pilots racing to save their planet. The novel is unique in that four concept artists created 130 pages of illustrations and artwork, creating a new kind of graphic novel.

Star Racers is a 76,000 word novel intended for teens and young adults.

Concept artist Piotr Foksowicz from Poland created over 60 in-book illustrations and the back cover illustration of Maelae.

Concept artist Gordon Studer from San Francisco created over 20 abstract sci-fi icons. His artwork is appears in each of the 65 chapters, as well as the front cover and book spine.