Light Space & Time Online Art Gallery is very pleased to announce that its May 2013 online art exhibition is now posted on their website and is ready to be viewed online. The theme for this art exhibition is "SeaScapes". 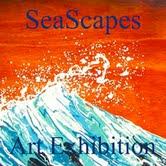 Jupiter, Florida, USA - May 1, 2013 -- Light Space & Time Online Art Gallery is very pleased to announce that its May 2013 online art exhibition is now posted on their website and is ready to be viewed online. The theme for this art exhibition is "SeaScapes". The gallery received a broad selection of 2D media from artists from around the world for this event.

Congratulations to all of the artists who have been designated as this month's category winners, along with the winning Special Merit and the Special Recognition artists. The gallery commends all of the winning artists for their artistic skill and their creativity, as this online art exhibition is indicative of their creativity.

Each month Light Space & Time Online Art Gallery conducts themed online art competitions for 2D artists. All participating winners of each competition have their artwork exposed and promoted online through the online gallery to thousands of visitors each month. If you know of a talented 2D artist who may benefit from the exposure and the publicity that the gallery can provide to them, please forward this press release to them.

The art gallery website can be viewed here: http://www.lightspacetime.com

ALIPAC's spokesman William Gheen is announcing new tools to aid American citizens in their fight against illegal immigration and against Amnesty for illegals including a tracking list for federal lawmakers.

Americans for Legal Immigration PAC's (ALIPAC) spokesman William Gheen is announcing new tools to aid American citizens in their fight against illegal immigration and against Amnesty for illegals including a tracking list for federal lawmakers.

"We are tracking which federal lawmakers support Amnesty for illegal aliens in legislation like the 'Gang of 8's S 744 which most American voters reject," said William Gheen of ALIPAC. "We are releasing this list online and will work to remind voters before they cast ballots in 2014. We believe American voters will reject the lawmakers supporting Amnesty for illegal immigrants."

By launching ALIPAC's 2014 campaign endorsements early this year and establishing vote tracking lists, the group hopes to dissuade lawmakers from supporting amnesty for illegal immigrants including the amnesty provisions found in the 'Gang of 8' bill S. 744.

"Our goal is to compile more information from ALIPAC's vast archives about illegal immigration into online content that is easier for the public to access, understand, and utilize," said William Gheen.

LA PALMA, Calif. (May 1, 2013) – The Southern California regional office of Rosendin Electric, the nation's largest private electrical contractor and an employee-owned company, has received three 2012 Awards for Electrical Excellence from the Orange County Chapter of the National Electrical Contractors Association (NECA). The awards were presented in recognition of construction performed at the City of Fullerton Transportation Center Parking Structure, the Island Cinema in Newport Beach, and the County of Orange Solar Project with five area installations.

"We are delighted that three separate projects qualified for Orange County NECA 2012 Awards of Electrical Excellence," said Mike Hardin, Senior Preconstruction Manager for Rosendin Electric. "Recognition for such diverse projects demonstrates the breadth of Rosendin Electric's design and construction capabilities, as well as our commitment to excellence. This is a great testament to the efforts and expertise of our construction team."

The City of Fullerton Transportation Center Parking Structure is a four-level parking building with 813 parking spaces. Featuring 117 kilowatts of solar power mounted on the structure, a video surveillance system, ticket kiosks, a traffic signal, car-counting system, and a 100-percent LED lighting system; the project was completed in eighteen months.

The Island Cinema in Newport Beach was a remodel project to convert an existing theater and restaurant into a new luxury cinema with seven screens and 650 seats. Completed in six months, the complex features high-end lighting throughout the lobby, hallways, and an outdoor seating area. Each theater is equipped with fixtures linked to the film projectors and can be programmed for a dimming response at the start of a movie.

The County of Orange Solar Project included installation of solar power systems at five locations in and around the County. The contract scope included solar arrays mounted on parking canopies and ground-mounted solar panels, delivering a combined capacity of 3 megawatts of power. The entire project was completed in less than nine months.

About Rosendin Electric
Rosendin Electric, Inc., headquartered in San Jose, California, is an employee-owned electrical engineering, power and communications provider and is the largest privately held electrical contractor in the United States. With over 3,000 employees and experience worldwide, Rosendin Electric has built upon a 90-year reputation for quality design and installations. For additional information, visit http://www.rosendin.com.

I Hope Nobody Sees Me, Memoirs of a Teenage Stroke Survivor by Nicolas Sully Released Worldwide In eBook and Print Book Form

I Hope Nobody Sees Me, Memoirs of a Teenage Stroke Survivor, by Nicolas Sully is a raw, and at times explicit depiction, of an inner-city coming-of-age experience, made even more challenging by a debilitating stroke. 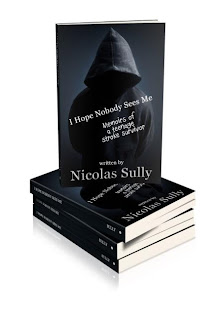 Elmont, NY, USA - May 1, 2013 -- In Nicolas Sully's first book, titled I Hope Nobody Sees Me, Memoirs of a Teenage Stroke Survivor, Nick tells how life changed dramatically after a stroke his 8th grade year. Relationships end, dreams end, but a new life unfolds.


Nicolas Sully was a typical kid going to an inner-city school. Nearing the end of his 8th grade year, Nick's biggest concerns were football, friends and girls. Playing basketball one day in the school gym with his friends Nick gets a headache. Then his voice slurs. When he has difficulty putting on his shoes and vomits in front of the Gym teacher, school personnel call the ambulance. 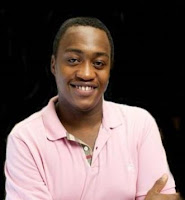 Nick speaks his mind, with raw, and at times explicit depictions, of an inner-city coming-of-age experience. An experience made more challenging by his stroke. Nick deals with the transitions of school, relationships, and youth to manhood, all the while trying to control the emotional roller-coaster ride of a teenage stroke victim.

"What a powerful story!

This is an outstanding book!

As a stroke survivor myself, I'm not sure what I was expecting from this read. Nicolas truly touched my heart with both his story and his courage. As a middle-aged professional when I had my stroke I know how terrified I was at times. Never did I expect to so totally identify with this young man's story. We had so many touchstones in common it amazed me. I can identify with that overwhelming fear someone will "see" me. I felt for his pain of the fight to build a new life, losing friends, and learning to accept what's happened.

Good for young Nicolas who has now decided to go into the medical field as a result of his experiences.

This isn't a story just about surviving a stroke...it's for young adults, it's about life, and learning that when life knocks you down you get back up and keep fighting.

The ebook version of I Hope Nobody Sees Me, Memoirs of a Teenage Stroke Survivor, ISBN 9781622872725, published by First Edition Design Publishing (http://www.firsteditiondesignpublishing.com), is available on-line at Amazon.com (http://tinyurl.com/cbobhrp) and wherever ebooks are sold. The 108 page print book version, ISBN 9781622872718 was published by First Edition Design Publishing and distributed worldwide to online booksellers.
Posted by Star One Public Relations No comments: